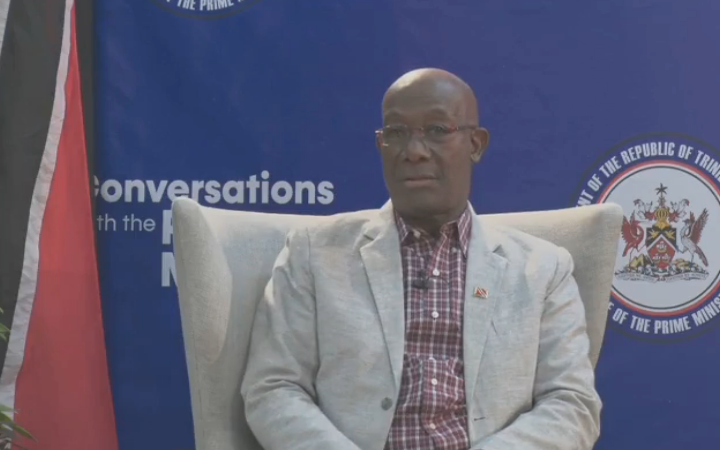 During a televised Conversation with the Prime Minister on Thursday night, Dr Rowley raised the issue of vaccines gifted to other countries from the Government of India and TT not receiving any.

He said “I have been accused of not moving to get Trinidad and Tobago’s share of some 500,000 vaccines from the Government of India. A lot of people in this country either, by ancestry or by political persuasion, have taken it upon themselves to be mouthpieces for the government of India. (They’re saying) 500,000 vaccines available and TT was not moving to get it, and accusing us of all manner of evil.”

However, he said his government communicated directly with India and there was no confirmation of 500,000 vaccines being available to partake of.

Rowley said that even in his capacity as chairman of CARICOM, he spoke with all the heads of governments about the genesis of the 500,000 vaccines from India and they all confirmed that there was no documentation, but that each country’s High Commissioner was supposed to confer the bilateral arrangements with respective governments.

He said Indian High Commissioner to TT, Arun Kumar Sahu did not communicate the availability of India’s 500,000 vaccines to CARICOM.

“Not one CARICOM head in that meeting could have said ‘I’ve seen an email, I’ve seen a letter. Not the Secretariat, not a Prime Minister” he said

Rowley noted that the CARICOM Secretariat did not receive any written communication on India’s donation of vaccines to the region. The first they heard of it was media reports that Dominica and Barbados were about to receive a donation.

Nonethless, Rowley said government had made several attempts to get vaccines from India including communicating directly with the supplier who said their company was not taking any more orders. He said a few Caricom countries had received gifts of vaccines from India but T&T would not “beg” for vaccines.

He said “When you go to somebody asking for a gift, that is not a gift.”
“You’re begging. There was no arrangement for us here in T&T to vaccinate the population by begging.”