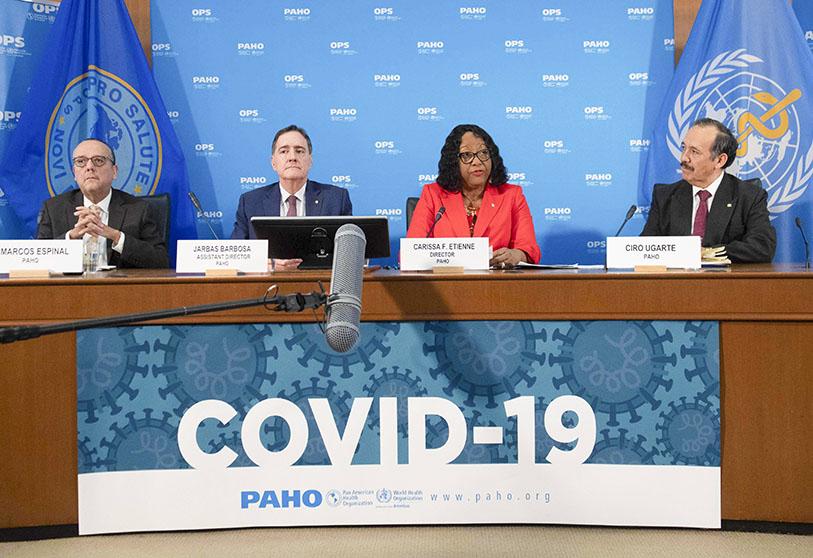 PAHO aims to speed up deliveries of vaccines; 6 countries to receive this week

PAHO director Carissa Etienne, has explained that the PAHO revolving fund is working with the countries on the credit system for buying their vaccines.

She said: “The priority is to speed up deliveries of vaccines to countries that have not received them by the end of March.”

PAHO is also expediting the purchase of syringes so that countries have all the necessary material for several months.

Speaking at a virtual press conference on Wednesday, Etienne also announced that in the next few days Honduras will receive 48,000 doses, while El Salvador will get 33,600. Guatemala is to get 81,600, Jamaica and Nicaragua 435,000, and Bolivia 228,000.
The vaccines are from AstraZeneca.

Colombia was the first country in the Americas to receive Covax vaccines assigned in the first phase, which began last week with 117,000 doses of the Pfizer vaccine.

In the Caribbean, the Bahamas received 20,000 doses through a donation from the Indian government.

During the last week United States, Canada, Mexico and Central America reported a decrease in Covid19 cases. But in Brazil the virus continues to ravage all cities, especially in the Amazonian states.

“We are concerned about the situation in Brazil, which raises an alert regarding a threat of the resurgence of the virus,” said Etienne.

In the Caribbean, Cuba, Barbados and St Lucia have reported an increase in cases.

Jarbas Barbosa, PAHO assistant manager, said even after general vaccination is completed, researchers will continue to collect information on the behaviour of Covid19 and vaccines to gain greater clinical knowledge.

But, he said, “The US, Chile, the territories allied to the UK have been making important progress in vaccination.”

More than 200 million doses have been administered worldwide. Israel is the country with the highest percentage of its population vaccinated.