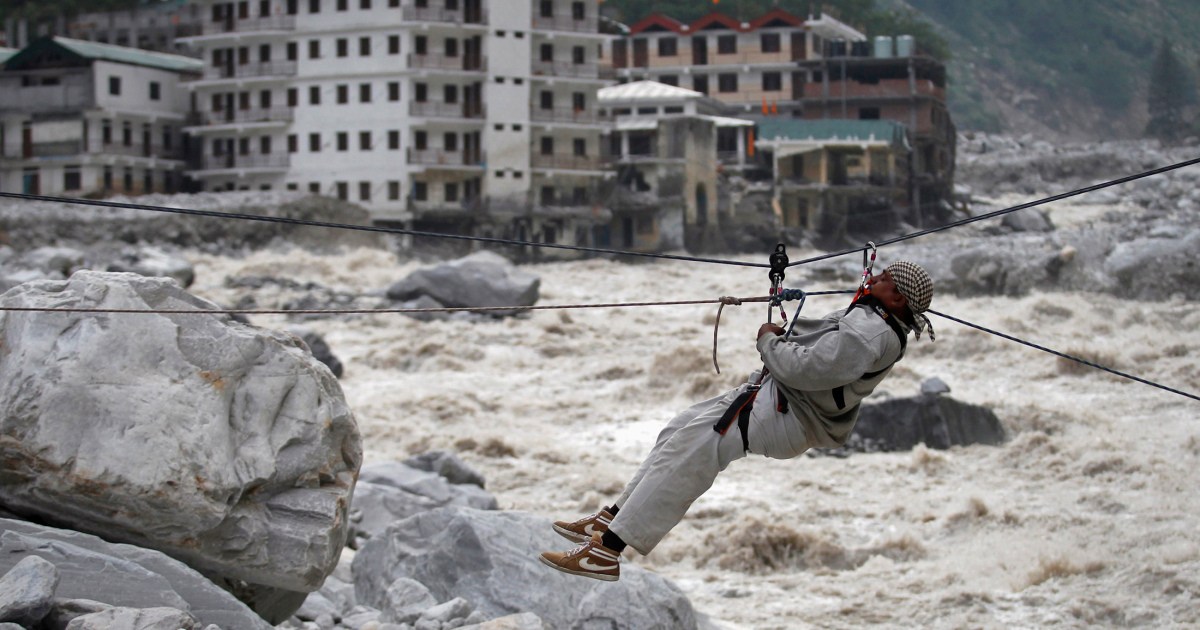 Dozens of people are missing and feared dead after a glacier crashed into a dam and triggered a huge flood in northern India.

The broken dam prompted a deluge of water to pour through a valley in the state of Uttarakhand.

Villages have been evacuated, but officials warned as many as 150 people may have been victims of the flooding.

Video shared on social media showed the floodwater streaming through the area and causing widespread damage.

“It came very fast, there was no time to alert anyone,” Sanjay Singh Rana, who lives near to the Dhauli Ganga river, told the Reuters news agency.

“I felt that even we would be swept away.”

At least three bodies have been found and 150 people are registered as missing, a police spokesman told the AFP news agency.

He added that “16 or 17” people were trapped inside a tunnel.

But he said some workers had been rescued from the site.

Prime Minister Narendra Modi said he was monitoring the situation. “The nation prays for everyone’s safety there,” he wrote on Twitter shortly after speaking with the state minister.

The country’s air force is being prepared to help with the rescue operations, the government said.

Emergency workers are evacuating dozens of villages, while rescuers are also working to enter the blocked tunnel that has people trapped inside.

“The water level of the river is now one metre (3.2ft) above normal but the flow is decreasing,” Uttarakhand Chief Minister Trivendra Singh Rawat said later on Sunday.

Gov’t can afford to pay for Covid vaccines 0