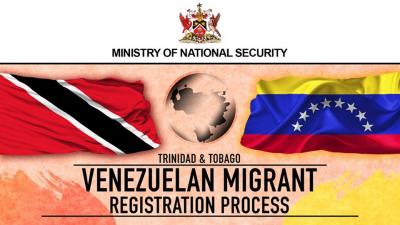 No registration cards for thousands of Venezuelans

Although 16,000 Venezuelans have been registered according to the Government, only lass than half of that number have received their registration cards.

The cards were meant to provide the migrants with the legal opportunity to work for one year. Some admitted that they still worked even though they were not granted the cards, others said that they chose to wait. The migrants were told to collect their cards in Port-of-Spain but many of them do not know where to go. Many are also concerned about the wait time since the card’s one year stipulation begins from the first date of issue- the date that they would have registered.

Support groups such as The La Romaine Migrant Support Group (LAMS), UNHCR and Living Waters have assisted the Venezuelans. Some have tried to source spots for their children in the country’s primary schools but this task has been difficult as it could risk overcrowding in classrooms.

Earlier this week, a BBC video went viral after a report claimed that over 40,000 Venezuelans had migrated to Trinidad and Tobago. The report claimed that some had been registered while others had been rejected. In Parliament recently, Finance Minister Colm Imbert said over 100 Venezue­lans’ applications were rejected during the registration process because the applicants had criminal records for offences such as rob­bery, homicide and drug traf­fick­ing. The Government has since refuted the BBC’s report stating that a little over 16,000 had registered. Prime Minister Dr. Keith Rowley has taken offence to the report, and has fired back at the BBC stating that their information is incorrect. The BBC has claimed no wrongdoing in the matter.

No adverse reactions to Tobago frontline workers who took vaccine 0