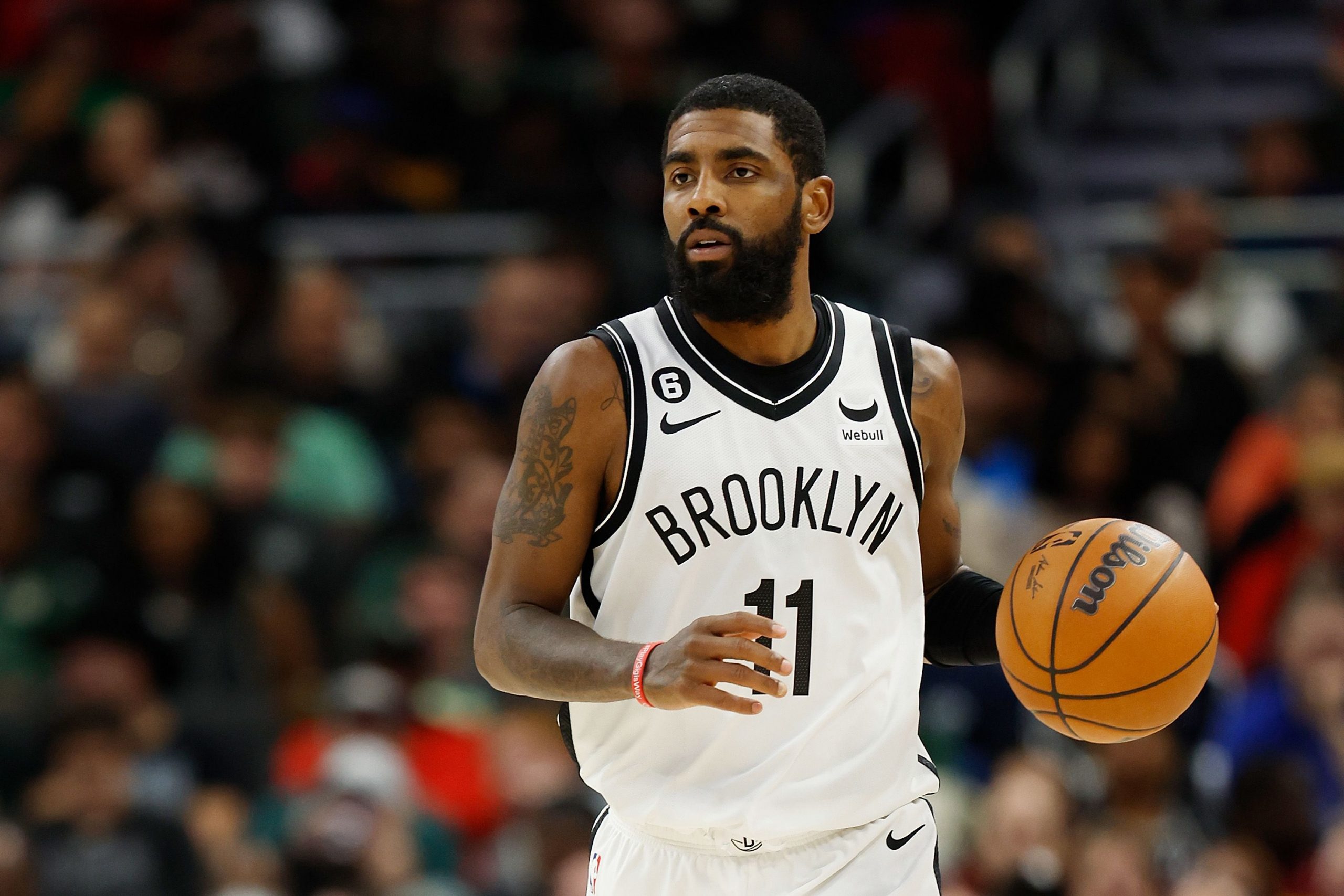 Nike has suspended its sponsorship deal with Brooklyn Nets player Kyrie Irving after he promoted on Twitter a documentary which contained anti-Semitic material.

Irving is serving at least a five-game ban from the Nets after he initially defended having shared a link to the film.

Irving, 30, later apologised, claiming he is “learning” from what happened.

Nike said it was “deeply saddened and disappointed by the situation”.

Nike, who has also cancelled their next branded shoe release with Irving, said in a statement: “At Nike, we believe there is no place for hate speech and we condemn any form of anti-Semitism.

“To that end, we’ve made the decision to suspend our relationship with Kyrie Irving effective immediately and will no longer launch the Kyrie 8.”

The Nets, without Irving, beat the Washington Wizards 128-86 on Friday to secure their third victory of the season, the win coming at the end of a week that also saw the franchise sack head coach Steve Nash.

Kevin Durant stepped up in Irving’s absence, top-scoring for Brooklyn with 28 points, plus nine rebounds and 11 assists.

“Let’s put the joy back in basketball,” Nets owner Joe Tsai said in a tweet after the win.

2 Venezuelans arrested for possession of marijuana 0