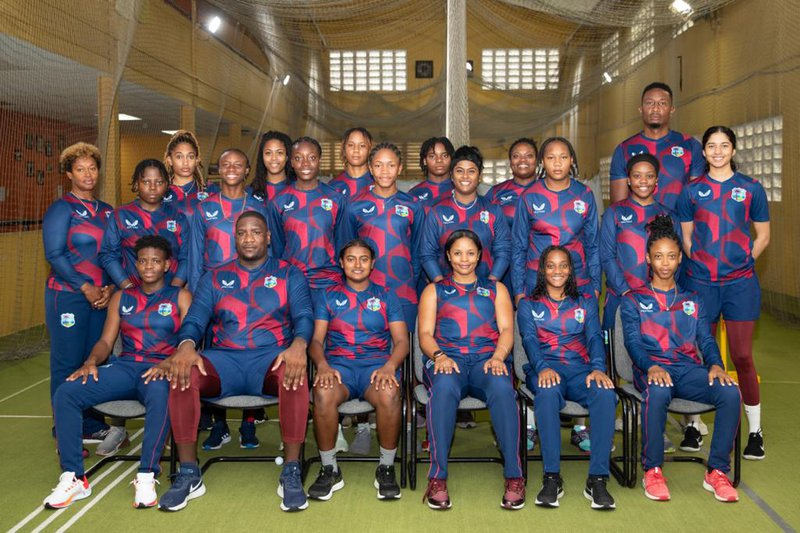 The Cricket West Indies Selection Panel on Friday named the West Indies Women’s U19 squad for the upcoming tour of India. The players for the T20 matches were selected after trial matches in Trinidad.

Ashmini Munisar has been named as captain of the 15-member squad with Trishan Holder as vice captain. They will be under the guidance of Head Coach Steve Liburd. Munisar is an allrounder who led the team when West Indies U19 played against USA Women’s U19 in Fort Lauderdale in August. Holder is a top-order batter who was a member of the Barbados team at the Commonwealth Games playing matches against Pakistan, Australia and India.

The upcoming tour will feature matches against India ‘A’ Women U19, India ‘B’ Women U19 and Sri Lanka Women U19 in Visakhapatnam at the Dr Y.S. Rajasekhara Reddy International Cricket Stadium. West Indies will then travel to Mumbai where they play against New Zealand Women U19 at the D.Y. Patil Stadium.

“As part of the preparation for the tour the squad was involved in some practice matches during a seven-day training camp in Trinidad. The final team selected contained some of the players who participated in the series in the USA and there are some new players who the panel would like to have a look at before a final team is selected for the World Cup.” She added: “The composition of the team is quite balanced with some strong batters and a good mix of spin and medium pacers. It will be their first experience against top international teams and these tour matches will give a better indication of where the team is at the moment.”
This series in the sub-continent will form a crucial part of the team’s preparations for the inaugural ICC Under-19 Women’s T20 World Cup 2023. The global event will feature 41 matches be played from 14 to 29 January in South Africa. The official warm-up matches will be from 9 to 11 January. The 16 participating teams will play in four groups in the preliminary round. West indies have been drawn in Group C alongside New Zealand, Ireland and Indonesia.