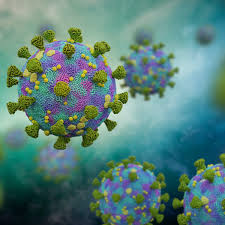 The latest most heavily mutated version of COVID-19 discovered in South Africa so far is now called the  B.1.1.529 and is likely to be given a Greek code-name (like the Alpha and Delta variants) by the World Health Organization on Friday.

According to a BBC report the new variant has such a long list of mutations that it was it was described as horrific by one scientist.

Confirmed cases are still mostly concentrated in one province in South Africa, but there are hints it may have spread further.

Virologists have detected almost 100 cases linked to the variant in the country to date.

Loading...
Newer Post
Tennessee man arrested after bringing an AK-47 into a Little Caesars pizza over 10-minute wait
Older Post
Woman on Tik Tok revealed her husband is not allowed to have female friends