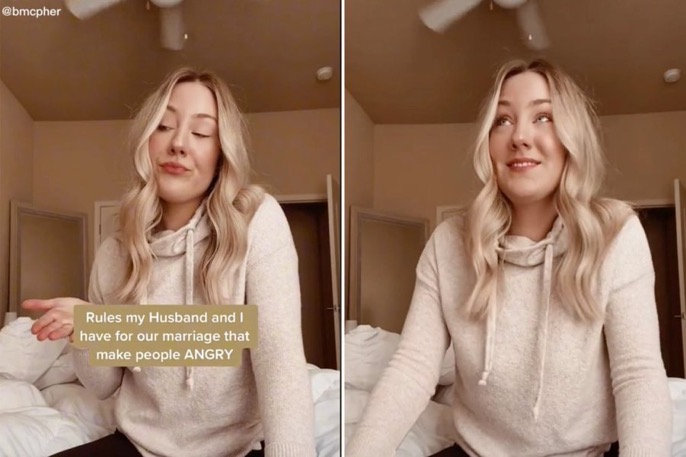 This woman on Tik Tok is revealing the dos and don’ts of her marriage.

The TikToker uploaded a video which revealed the boundaries within her marriage, which didn’t sit well with users of the app.

The original video was posted by Bmcpher and now has more than 2 million views, while a follow-up video posted under the same account now has more than 600,000 views with over 1,500 comments from slightly agitated TikTok users.

I give my man strict marriage rules, such as no female friends or texting women https://t.co/e8HWg12R5r pic.twitter.com/Q7CyOzQ2Q0