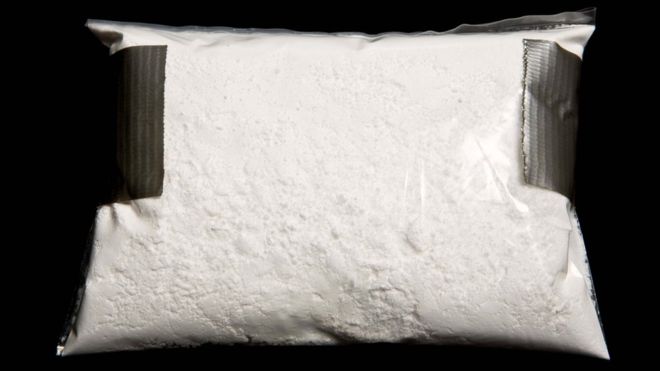 Mother of two told: pay the fine or go to jail

A 36 year-old mother of two was given three months to pay a fine of $35,000TT or serve nine years in jail after pleading guilty to possession of cocaine for the purpose of trafficking.

Enam Safya Mkub­wa of Morvant was arrested at the airport on July 19 with cocaine strapped to her person. The drugs are estimated to be worth around $456,000TT.

According to reports Mkubwa was noticed walking strangely upstairs the airport, close to the last scanner at the checkpoint. She was taken to a room and asked to remove her clothing. At the time of the arrest, she was dressed in Muslim attire. When she undressed, police found two parcels of co­caine in her bra and two parcels of co­caine in her pants close to her abdomen. She was on her way to Barbados.

Mkub­wa was ar­rest­ed and charged for pos­ses­sion of co­caine for the pur­pose of traf­fick­ing, at­tempt­ing to ex­port pro­hib­it­ed goods and pack­ag­ing in a man­ner to de­ceive. She pleaded guilty. On Monday when she appeared in Court to answer charges, her attorney asked the court to be lenient with sentencing, noting that his client had no prior convictions and was only transporting goods as a way to maintain her family. But the court prosecutor said that Mkubwa, who is employed as a Customs Clerk, should be aware of the laws.

The mag­is­trate then gave the sentencing as follows: