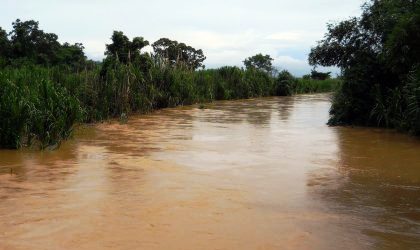 Senior Disaster Management Coordinator of the Ministry of Local and Rural Development Gerry David says that there were many areas that were flooded yesterday that remain inundated with water today.

He says the heavy rains yesterday contributed to significant flooding events which led to riverine flooding as predicted by the Meteorological Office.

This, he told the Power Breakfast Show this morning, caused the Caroni River and other rivers to burst their banks.

He said clean-up efforts have begun in several communities however rivers continue to see high levels of water.

$16 million worth of marijuana destroyed in Moruga 0

Two charged for allegedly swindling $91,000 from a woman 0