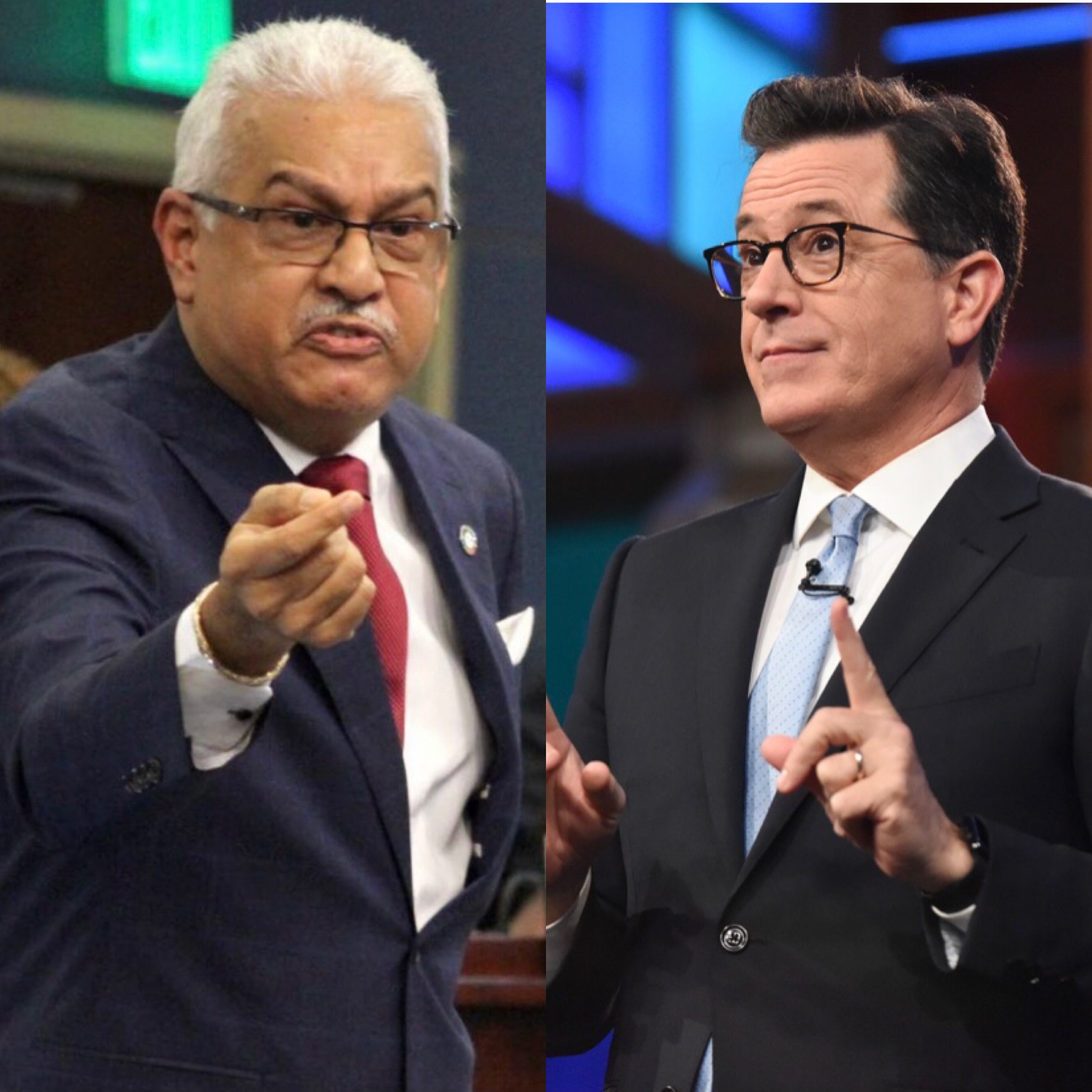 Minister of Health Terrence Deyalsingh has gone viral on the top late night show on American television. This after it’s host Stephen Colbert made fun of the ongoing controversy around Nikki Minaj’s tweet about her cousin’s friends getting swollen testicles after receiving a Covid vaccine in Trinidad. The pop star has been condemned on several networks and news outlets.
Colbert played a clip of Minister Deyalsingh at the MOH presser debunking Minaj’s false claims.

Colbert comfortably has the top the spot among late night audiences with a total average of 2.95 million viewers ,also the first time ever the CBS show has had a five-season winning streak.