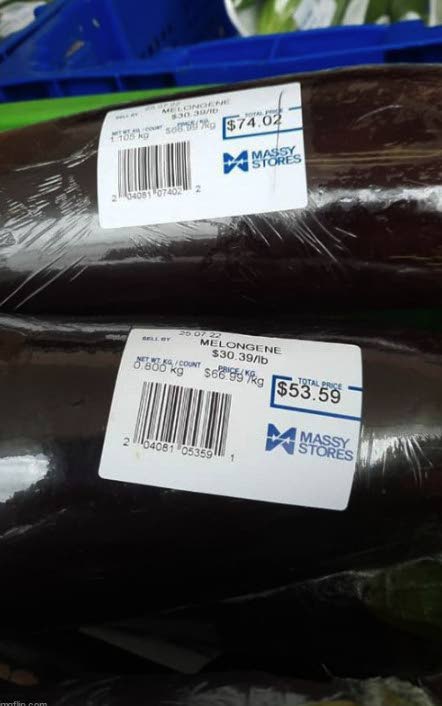 It showed a melongene priced at $71.34 at one of its stores.

De Freitas said that it was an error and apologised to customers for the mistake.

The photo of the produce, circulated on social media on Wednesday, garnered criticism about its exorbitant cost.

Speaking to the media following the opening of Massy Stores at the Croisse in San Juan on Wednesday, however, De Freitas said, “As soon as it was brought to our attention, the product was all removed. The reality is we made a mistake with the pricing. It was removed and re-priced.”

She said the company was sorry for any distress but noted it was “not the Massy way of doing business.”

“Sometimes, like anything else, we don’t always get it right,” De Freitas said.

Regarding general prices of goods, De Freitas referenced Namdevco, as she noted that from July, melongene prices have increased by almost 100 per cent, which, she said, could have been attributed to flooding among other factors.