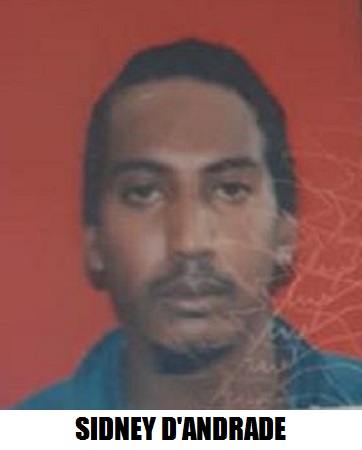 Man with three DUI’s banned from driving for life

A man with three previous Driving Under the Influence (DUI) charges was jailed for six months and banned from driving for life after pleading guilty to a fourth charge following a vehicular accident on February 5th.

SIDNEY D’ANDRANDE, of Andrew Lane, off Churchill Roosevelt Highway, Arima, was handed the sentence by a Tunapuna Magistrate yesterday.

D’ANDRANDE was arrested and charged by Cpl Harper, of the Tunapuna Police Station, after colliding with police cruiser along the Westbound Lane of the Churchill Roosevelt Highway in the vicinity of the Pasea walkover. The accident occurred last Friday at 8.45 pm.

At the time, police officers of the Northern Division DUI/Speed Team and officers of the Trinidad and Tobago Fire Service (TTFS) were at the scene of a five-car smash up.

There, the officers blocked two lanes of the highway using two marked police cruisers and a fire truck while waiting on other emergency officials to arrive to treat the injured drivers.

During this time, DUI officers observed a dark coloured wagon driving at a high-speed approaching. The officers attempted to stop the driver using their flash and red signal lights, however, the driver, who applied brakes, skidded several meters causing both officers to jump out of way.

The vehicle later collided with the rear of one of the police vehicles.

Officers rushed to the driver’s aid where a strong scent of alcohol was emanating from the man’s breathe.

He was issued a breathalyser test which recorded 98ug/100ml which is 63ug/100ml over the legal limit.

Cpl Harper conducted further investigations in which he discovered that the driver, D’ANDRADE, had three prior DUI charges.
He was arrested and subsequently charged with the offence.

Two drivers involved in the accident were also found to be over the legal limit and were charged for DUI.