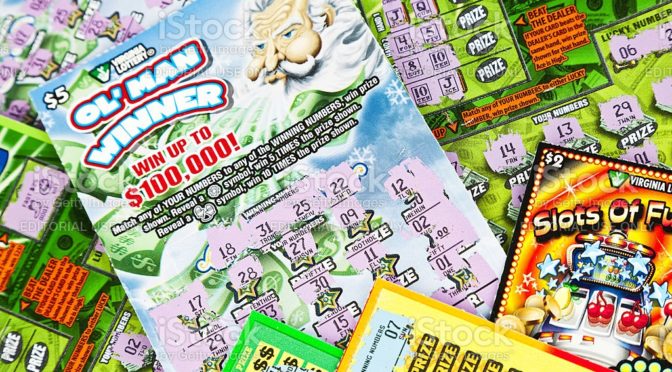 Man Who ‘lost everything’ in Flood Wins $2M From Lottery Ticket

A Michigan man who lost everything in a flood won $2 million on a lottery scratch-off.

According to CNN, a 29-year-old who wants to remain anonymous purchased the winning ticket at a grocery store.

“Last year, I lost everything in a flood, so to win this prize is so overwhelming to me,” he said, according to a news release from the lottery commission.

The ironic part is the man isn’t an avid lottery ticket player. In fact, he never played the $20 tickets but chose to buy a Lucky 7 scratch-off that day on the way to pick up his kids.

Each Lucky 7’s $20 ticket offers players a chance to win from $20 to $2 million. Four $2 million prizes remained outstanding as of Friday.

What is even more ironic is that he won $10,000 a few years ago and thought that was his once-in-a-lifetime shot. He chose to get a $1.3 million payout as a lump sum and wants to pay down his bills and save the leftover winnings.

“Knowing my kids will be taken care of is the best feeling in the world,” he said.

TTUTA protest to address increments, lack of safety at schools 0