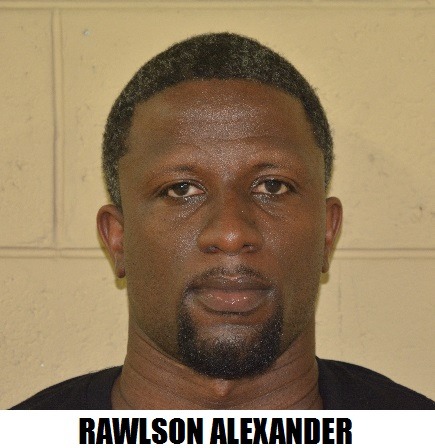 Man arrested for driving with no licence and insurance

A 36-year-old man will appear before a Point Fortin Magistrate today charged with a series of offences after being caught during a road traffic exercise yesterday.

RAWLSON ALEXANDER, of Techier Village, Point Fortin, was arrested by Point Fortin Municipal Police (PFMP) on January 24th as officers were executing a road traffic exercise at the Guapo Beach Facility and the Cap-De-Ville Junction.

During the exercise, PFMP officers stopped a Nissan Almera motor vehicle and requested of the driver that he provide his driving permit and insurance certificate.

During the same exercise, PFMF also issued tickets to drivers for the following:
• Seven for Failing to Place a Child Who is Five Years and Under in a Child Restraint/Booster Seat;
• Seven for an overcrowded vehicle;
• Six for Breaching No ‘U’ Turn Sign;
• Two for failing to wear seatbelts; and
• One for unauthorised lights, no ID plates, failing to comply with a red traffic light signal, driving a vehicle without a valid certificate of insurance, and defective fittings, respectively.
Five persons were also issued fixed public health notices for failing to wear face masks while in public.