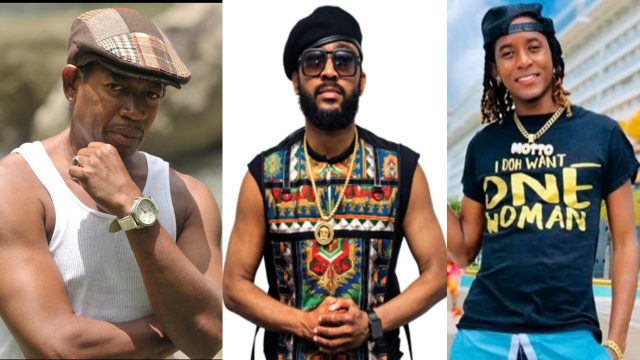 According to a report in the Dominica News Online (DNO), Derek “Rah” Peters has filed a law suit in the High Court of Dominica against the two stars.

In his statement of claim, Peters alleges that Montano and Winter, without his authorization, incorporated parts of the song “Balance Batty” by way of the technique known as sampling into their musical work to create a derivative work. Balance Batty was originally released in 1995 and enjoyed considerable success across the Caribbean including Trinidad and Tobago and St. Lucia.

Peters further alleges that as the sole lyricist and a co-composer of the musical work, his permission was necessary for any part of the song to be reproduced in any manner or form including reproduction by sampling. The sampling of “Balance Batty” was done in the creation of the song ISSA VIBE by Montano and Winter for the Carnival of 2019.

The statement of claim alleges that videos were made of the musical work ISSA VIBE incorporating “Balance Batty”. These videos were uploaded to the YOUTUBE video hosting site and made available to the public by Montano and Winter without his authorization. These unauthorized uploads infringed his right of communication to the public with respect to the musical work and the sound recording. Audio only versions of the song were also uploaded to the SOUND CLOUD audio hosting site without his authorization thereby creating further infringements.

Peters is also seeking relief for the Infringement of his moral rights associated with the song “Balance Batty” since he is not credited anywhere for his contribution to the creation of the song.

Salmonella outbreak linked to onions in the U.S

OnlyFans model accused of stabbing her boyfriend with a kitchen knife

Salmonella outbreak linked to onions in the U.S

OnlyFans model accused of stabbing her boyfriend with a kitchen knife

CoP: I gave no instructions to remove ‘Grande vendors 0