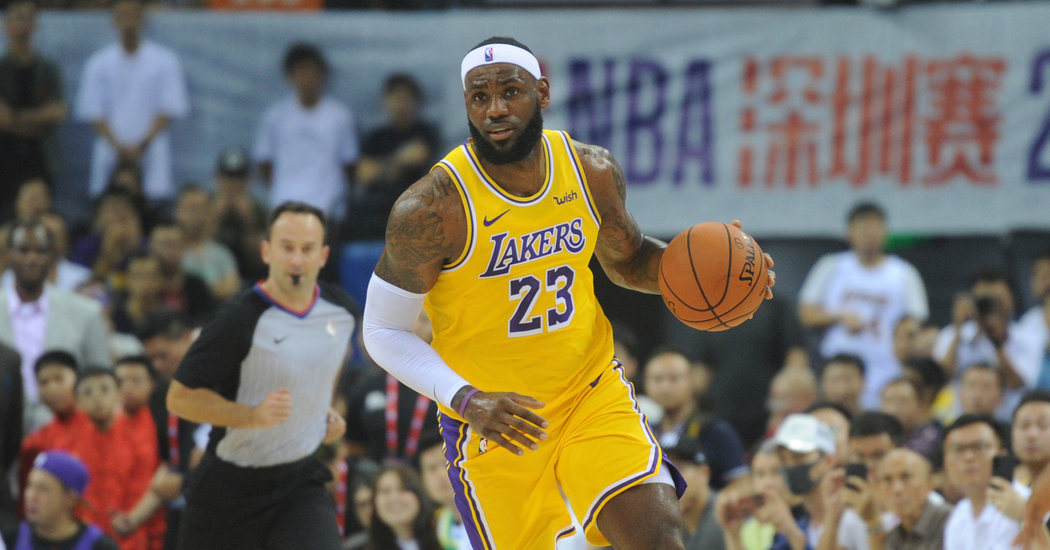 Basketball player LeBron James waded into the dispute between the NBA and China yesterday, saying he believes Daryl Morey went too far when he tried to exercise his right to free speech.

The Los Angeles Lakers star criticised the Houston Rockets GM, saying he was “misinformed” and needed to be educated after Morey tweeted his support for the Hong Kong pro-democracy protesters.

“I don’t want to get into a word or sentence feud with Daryl Morey. But I believe he wasn’t educated on the situation at hand and he spoke,” James said before the Lakers exhibition contest against the Golden State Warriors.

“So many people could have been harmed not only financially but physically, emotionally and spiritually, so just be careful with what we tweet, and we say, and we do.

“Yes, we do have freedom of speech, but there can be a lot of negative that comes with that too.”

James’s Lakers and the Brooklyn Nets were thrust into the controversy when the clubs arrived in China last week to play two exhibition games on Oct 10th and Oct 12th amidst turmoil after Morey tweeted, “Fight for Freedom. Stand with Hong Kong.”

Morey’s tweet was in support of the protesters fighting a move by China that would allow extraditions from Hong Kong to mainland China.

Human rights has long been an issue in China well before the former British colony returned to mainland control in 1997.

Hong Kong has been rocked since June by protests that were ignited by a now-scrapped plan to officially allow extraditions but snowballed into a movement calling for more democratic freedoms and police accountability.

James said Morey was thinking of himself when he made his comment.

James also has a lifetime endorsement deal worth tens of millions with Nike, which does big business in China. James has made about a dozen trips to China with Nike.

NBA commissioner Adam Silver stressed last week that he regrets Chinese NBA fans are upset but would not apologise for Morey’s tweet.

“I don’t come here, either as the commissioner of the NBA or as an American, to tell others how they should run their governments,” Silver said.

“We’re not apologising for Daryl exercising his freedom of expression.”

As for having NBA telecasts pulled from Chinese television, Silver said, “It’s unfortunate, but if that’s the consequences of us adhering to our values, we still feel it’s critically important we adhere to those values.”

Senator defends her decision to vote with government 0