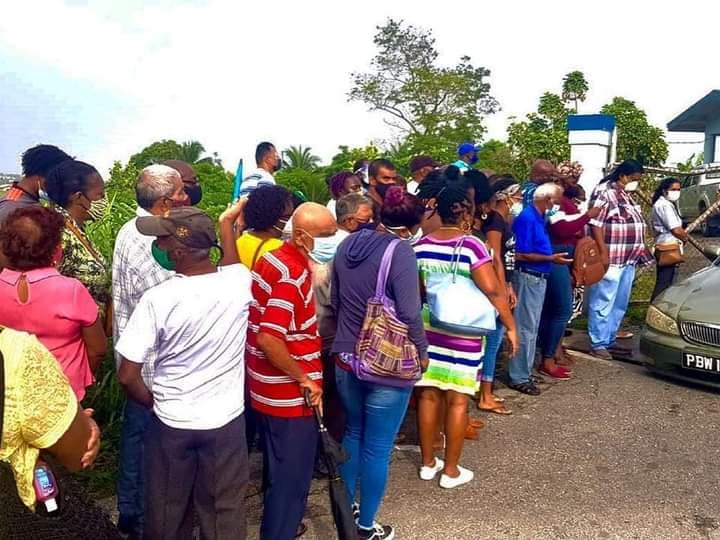 She said the chaos and confusion seen today as thousands rush for vaccines is yet another reminder of a failed Government led by Prime Minister Dr Keith Rowley.

“What we are witnessing is the mother of all ironies, where during a State of Emergency to control and curb Covid -19 we have a super spreader situation happening with public vaccination,” she said.

Persad-Bissessar said “It is nothing short of a nightmare and alarming as our nation is already grappling with a high death and infection rate.
This is similar to when the Prime Minister irresponsibly invited thousands to vacation in Tobago during the Easter holidays.”

She said “From day one the United National Congress has been saying that the Rowley Government has no plan for this pandemic and the nation at large. The vaccine appointment system was overburdened and a failure and now this foolish idea of having a walk-in free for all has proven to be a flop.”

She added “The Opposition has repeatedly called on the Government to partner with all stakeholders in this Covid-19 fight in order to come to a comprehensive plan to no avail.
Trinidad and Tobago is under siege, the population is fed up, frustrated and suffering and the massive turnout for vaccines sends the message that the people are ready and willing to be inoculated to return to some form of normalcy. ”

Persad-Bissessar said “A Commission of Inquiry into Government’s management of the pandemic will also need to examine today’s travesty. If I were Prime Minister today a pandemic plan would have already been implemented.
That plan would ensure that vaccines were sourced very early to prevent the death of hundreds and ensure the swift reopening of the economy.”

She is now urging government to put their arrogance aside and take these recommendations on board if they are truly serious about saving the lives and livelihoods of our citizens.