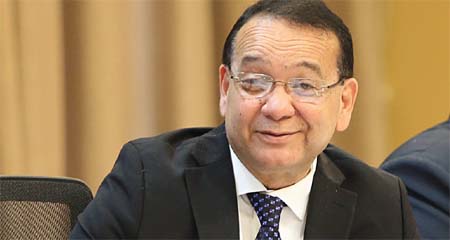 Minister of Energy and Energy Industries Franklin Khan said efforts are underway to revive and boost recovery in the oil and gas sector.

Speaking at the virtual launch of the TT Energy Conference 2021 on Tuesday, Khan said while strides were being made to address the challenges in the downstream industry, it operates in a highly elastic environment.

He said “Prior to 2014, prices for ammonia and methanol were at an all-time high. Since then, prices have fallen. In December 2020 the US methanol FOB price stood at US$385 per metric tonne. The government has no control over the global demand for commodities such as methanol and ammonia. We are at the mercy.”

He said the future of the industry needed proper succession planning, and an evaluation and a gas strategy scheme will be done to develop a 2030 natural gas plan.

Khan said with this in mind, several projects that were delayed because of the disruption of global supply chains and strict covid19 protocols were about to recommence.

Khan said “Further afield, we are working with Shell to mobilise production from the Manatee field, which was successfully delinked from Loran on the Venezuelan side, as early as 2025.”

Waitress Receives $2,000US Tip, But Restaurant Refuses to Process It 0