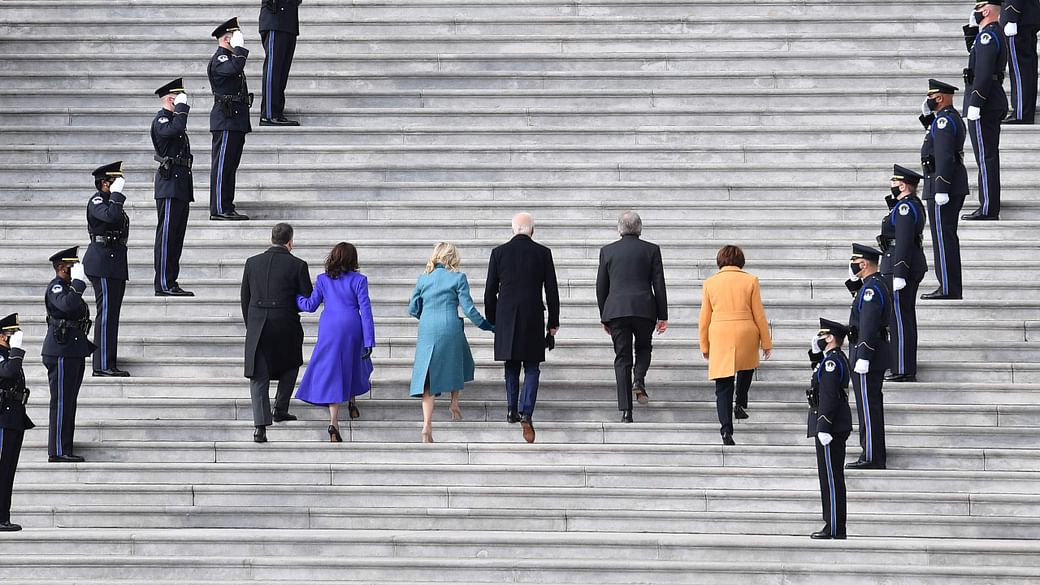 The United States President-elect, Joe Biden, has arrived at the US Capitol for his inauguration, the Cable News Network reports.

Congressional leaders are expected to greet him upon his entrance to the Capitol building.

Biden is expected to take the oath of office outside the building at noon.

President Trump is not attending. He gave a farewell address earlier in the day before boarding Air Force One and heading to Florida.

The Senate Majority Leader, Mitch McConnell, had also arrived with the former Secretary of Transportation, Elaine Chao, and his wife, at the Capitol for the inauguration.

Chao resigned from her position in Trump’s cabinet after the Capitol riot.

However, Vice President-elect Kamala Harris will be escorted to the inauguration ceremony by Eugene Goodman, the Capitol Police officer who became the face of the resistance to rioters who stormed the Capitol two weeks ago.

An aide to Biden told CNN that Goodman will escort Harris in his new role as acting deputy House sergeant at arms.