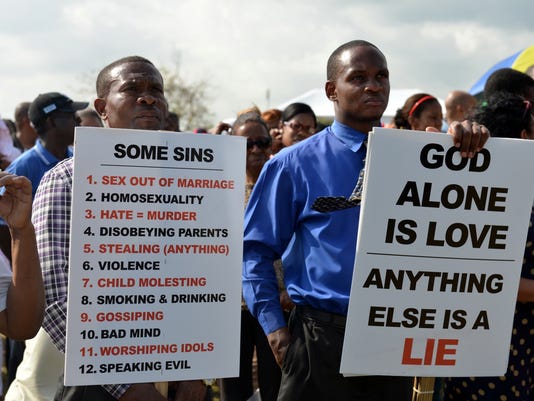 Jamaica is globally praised for reggae music, ackee & saltfish and it’s pristine beaches but it also has a history of violent hostility towards gays. It is not only depleting the tourism-dependent country’s coffers of the pink dollar but is adding a huge financial burden to the island’s mental health services, it was revealed.

“The incidence of mental health in the LGBT community is 69 percent. It is more than triple the rate in the general population. Treating mental health costs Jamaica about $5 billion each year only a third of which is public cost. The rest is a private cost. That $5 billion gives you a sense of what would be both the public and private savings that could be put to other uses if we were able to have a better attitude towards this marginalized group,” said Damien King, co-executive director of CAPRI, at a report launch at Knutsford Court yesterday evening.

According to data provided by CAPRI, discrimination alone adds $175 million to the cost of treating mental health among the LGBT community.

But that was the smallest figure quoted by King last evening.

According to the economist and social policy researcher, the daily struggles of LGBT people in getting information related to HIV, and seeking diagnoses and treatment, raise the risk of passing on the virus and other sexually transmitted infections.

“Each untreated case of HIV costs half a million dollars. It is estimated that each HIV-positive person is likely to pass it on to two other persons in the absence of treatment. Carrying that all the way downstream means that an additional person will become infected because one person is not properly treated.

“When you add all that together, taking account of our estimate, an additional 7,000 persons become infected simply because of the discrimination. Multiplying all of that together, we end up with a cost of $35 billion for each cohort that is not treated,” King, who lectures at The University of the West Indies, Mona, told the audience.

That jaw-dropping figure is only one element of the physical health taken into consideration.

CAPRI said that buggery law added to the cost of prejudice.

The research institute also reported that gays and lesbians were a victim to discriminatory hiring practices in the island.

“Employers have said that they would not hire an openly gay person because they do not support that orientation. The number of them who said that were half of those surveyed (54 percent). A third (35 percent) of employers said that that discovery is reason alone for dismissal,” King reported.

Point Fortin Hospital being decommissioned as a COVID facility 0