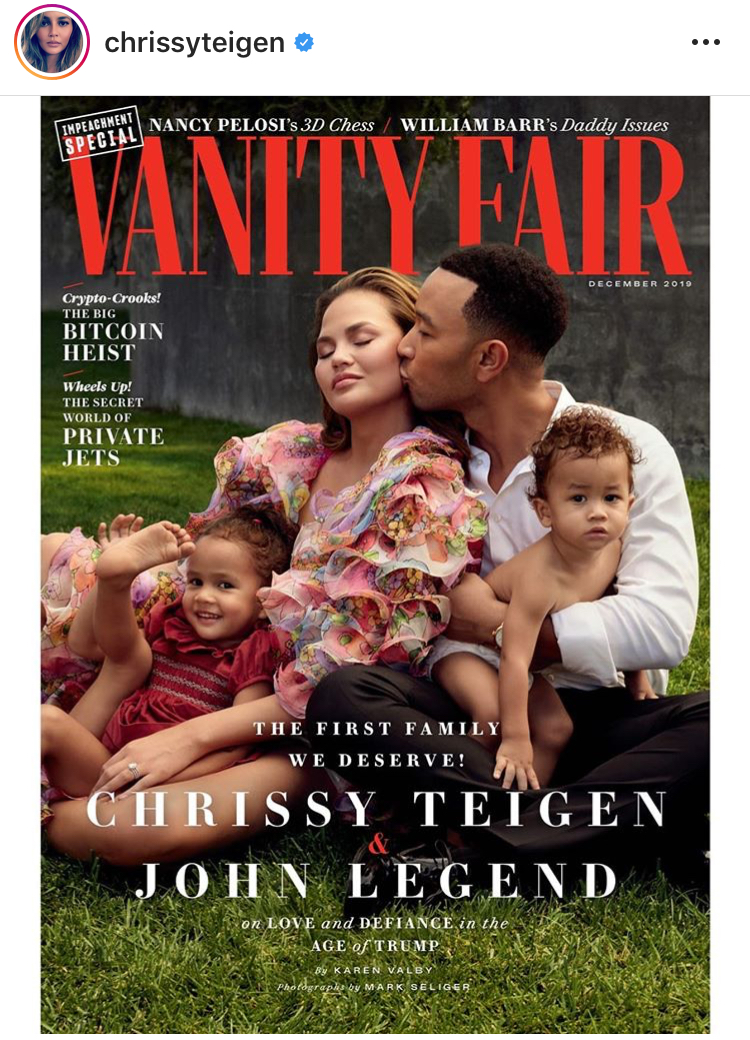 “I think there needs to be jail time for him,” says John Legend’s wife on Donald Trump

Chrissy Teigen has said the “whole” Trump family deserves jail time, as the impeachment inquiry against the US president continues.

Speaking to Vanity Fair, the model, who is famed for her Twitter takedowns of Trump, argued that impeachment is insufficient.

“I think there needs to be jail time for him, for the whole family,” she told the publication.

“I feel like he still gets away with everything if he gets out of his office. I know that his first tweet after he’s impeached will be, ‘I didn’t want to be there anyway’.”

The biggest issue about this presidency is how they’ve just lowered standards for everything,” Legend added.

The couple have become known for sparring on social media with the US president.

Most recently, Trump criticised Legend for his views on criminal justice reform on Twitter, dubbing him “boring”, and referred to Teigen as “his filthy mouthed wife”. 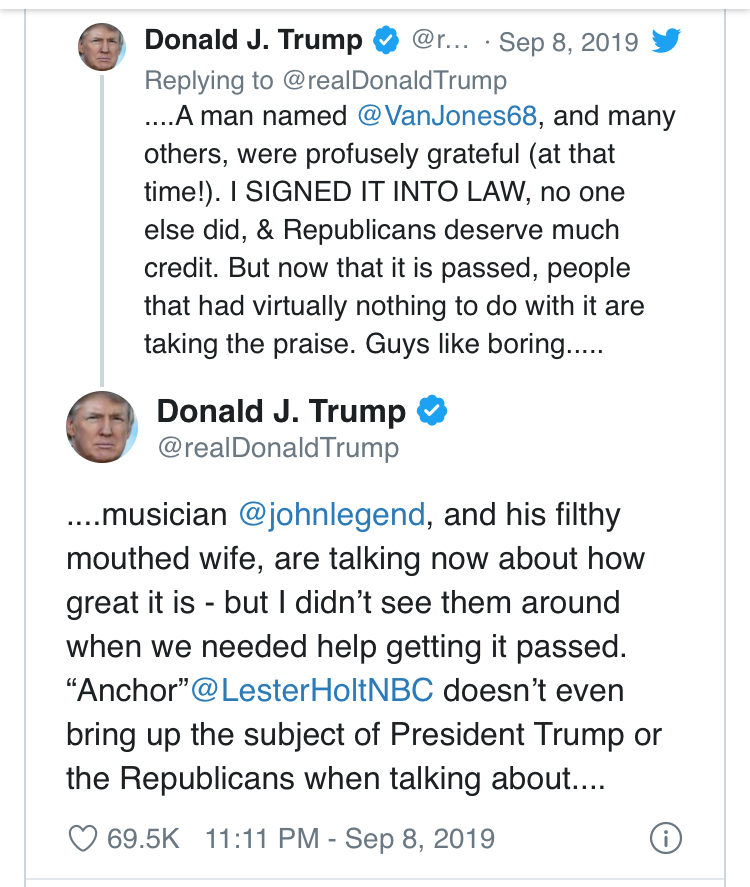 Tyler, The Creator Talks Liking Women & Having Sex With Men…Oops!!! 0