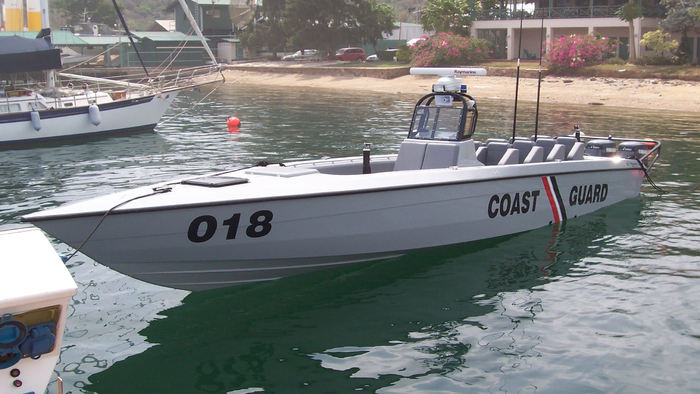 Officers of the Trinidad and Tobago Coast Guard (TTCG) were called to action after a hiker became critically injured while on a North Coast trail.

TTCG says around 6pm on March 11th, it received a report indicating that a hiker had accidentally cut his wrist open and was bleeding profusely.
The TTCG Squadron was alerted and preparations were made to dispatch an Interceptor to retrieve the injured hiker.

The Interceptor was dispatched from Staubles Bay with medical personnel and equipment to recover the hiker and render further medical assistance.

Concurrently, the TTCG’s Medical Officer was able to contact the hiking party via mobile phone and determined that the hiker’s condition was critical and immediate medical evacuation was required.

The Medical Officer was reportedly able to talk the hiking party through the required procedures to stabilise the hiker.

The TTCG said: “Recognising that the time for the Interceptor to arrive at the scene may have been too long, the Coast Guard Operations Room contacted two off-duty Coast Guard members who reside in a village on the North Coast of Trinidad, closer to the incident.