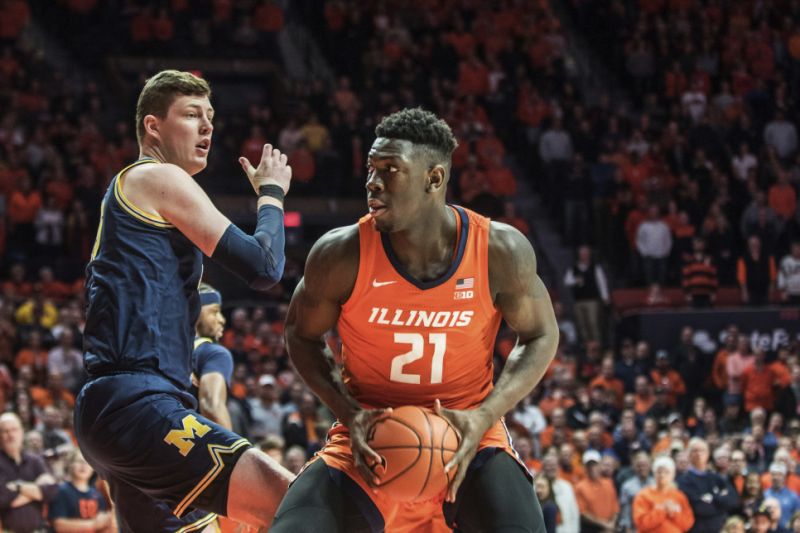 Illinois center Kofi Cockburn accidentally punched an official square in the head on Wednesday night under the basket, sparking a scary moment at the State Farm Center.

Late in the second half of the Illinois’massive 71-62 upset win against No. 5 Michigan in Champaign, Cockburn drove to the basket and made a layup while drawing a foul. After the basket fell, Cockburn swung his fist and yelled in celebration.

However he didn’t see official Lewis Garrison, who made the foul call, right behind him. As Garrison was on his way to the scorer’s table to officially record the foul, Cockburn’s fist hit him square in the top of the head. Garrison was sent down immediately, and could be seen grabbing his head in clear pain.

Garrison remained on the floor for several minutes before eventually walking off the floor and into the locker room with help. He remained conscious the entire time. Garrison was cleared by team doctors on side, though taken to a local hospital for further evaluation, according to Brendan Quinn of The Athletic.

While scary, Cockburn’s swing was clearly accidental. The 7-footer had his back to Garrison when he started the fist pump, and even tried to grab Garrison and help him down after making contact.

After bouncing back and forth throughout the first half, the Illinois turned it on out of the gate in the second half. Illinois quickly extended a two-point halftime lead to eight just minutes into the period, and fended off the Wolverines en route to the nine-point win —marking Michigan’s second defeat of the season after last weeks’ 58-43 loss to No. 1 Louisville.

Cockburn led Illinois with a double-double with 19 points and 10 rebounds. Ayo Dosunmu added 14 points and eight rebounds in the win, and Andres Feliz finished with 13 off the bench.

Jon Teske led Michigan with 16 points and seven rebounds while shooting 7-of-11 from the field. Eli Brooks and Isaiah Livers each added 12 points. They were the only three to score in double figures for the Wolverines