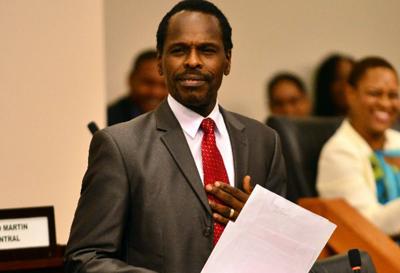 Ignorance Cited As One Of The Reasons For Vaccine Hesistancy.

A large percentage of vaccine hesitant persons have adopted their stance based on ignorance.

This is the information coming to Laventille West Member of Parliamernt,  Fitzgerald Hinds, ahead of a planned COVID vaccination drive to be held in his constituency this weekend.

MP Hinds said an informal survey was conducted in his constituency ahead of the planned drive this weekend.

Minister Hinds said it revealed the minority of the COVID anti-vaxxers had taken a stance based on religion while a large group was simply ignorant to the data.

However, MP Hinds said he lamented those who were knowledgeable but chose to spread misinformation or argue for the purpose of simply being contrarians.

MP Hinds encouraged persons to come out and parents to also bring their children as Pfizer vaccine will be available along with the Astra Zeneca, Sinopharm, and Johnson & Johnson.

Minister Hinds also addressed the issue of mandatory vaccination which has been implemented in some form or another in various countries around the world.

Mr Hinds suggested the issue had arisen but was not considered by Prime Minister Dr Keith Rowley.