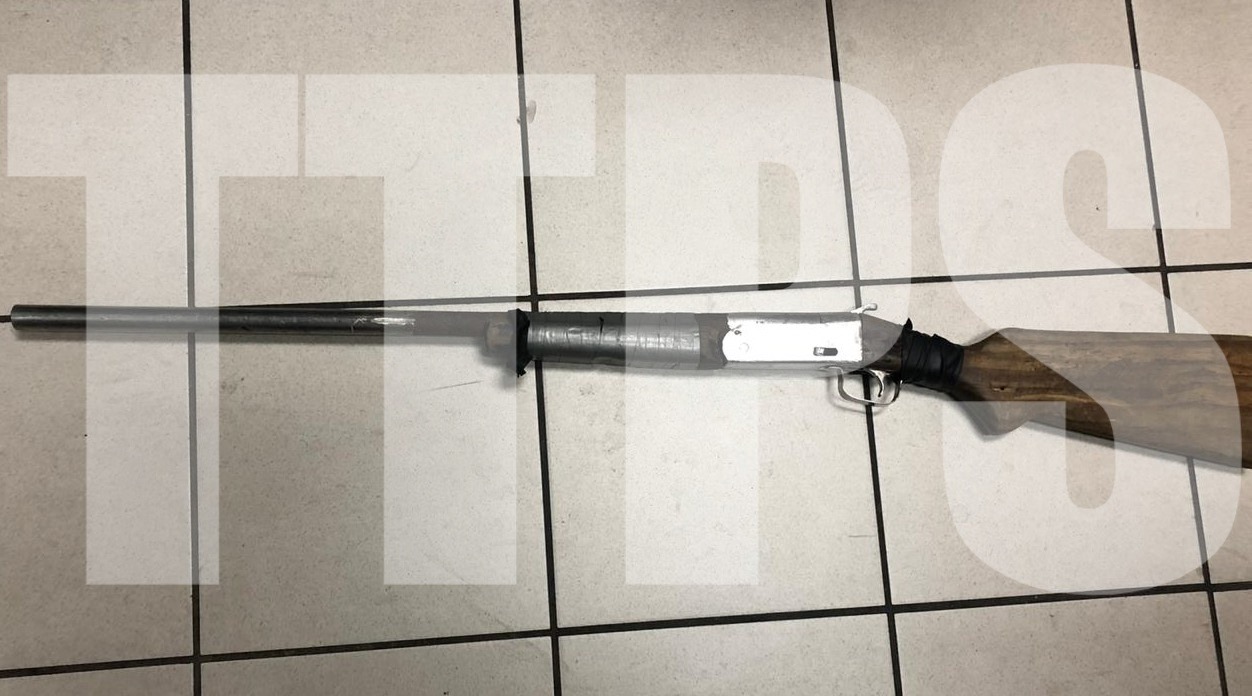 Two guns and a quantity of ammunition were found during two separate exercises conducted in the Northern Division early this morning.

In the first incident, Northern Division Task Force (NDTF) officers acting on information, proceeded to the Lluengo, Maracas, St Joseph area where a birthday party was being held for a Priority offender in the Maracas St Joseph Station District. Sgt La Pierre, PC John, and other members of the NDTF West, conducted an exercise in a bushy area.

During the search, one homemade shot gun, together with one round 12-gauge were found and seized. 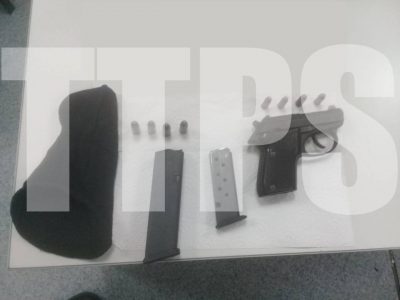 Also in Northern Division, Emergency Response Patrol officers conducted an exercise coordinated by Insp Ashby and supervised by Sgt Ali and Cpl Simmons. Officers went to Recreation Ground Road D’Abadie and searched the pavilion and found one Beretta fitted with one magazine containing four rounds of .32 ammunition, one Glock 17 magazine with four rounds of ammunition.
No one was arrested.
Investigations are ongoing.