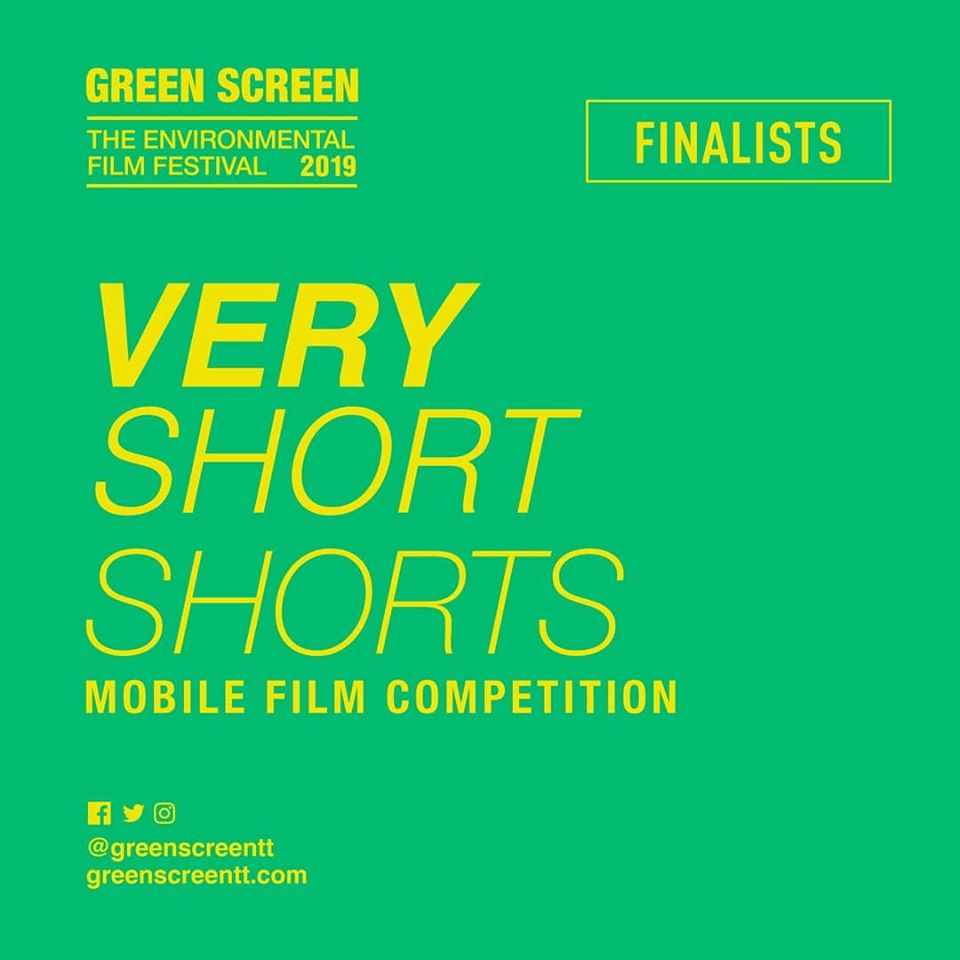 Green Screen reveals the finalists for the mobile film competition

Twenty-five filmmakers advance to final round of environmental mobile film competition, with winners to be announced at Green Screen festival opening.

Following the success of the inaugural Very Short Shorts (VSS) Mobile Film Competition in 2018, organisers of the 9th annual Green Screen Environmental Film Festival launched the 2019 edition of the competition with a call for submissions on World Environment Day, June 5. Exactly five months later, Youth Award and Overall Award winners will be revealed at the Festival Opening Night on November 5 at Queen’s Hall.

Filmmakers with all levels of experience were encouraged to submit a one minute film  (excluding credits) addressing the theme ‘Waste Note, Want Not’, shot entirely on a mobile device – smartphone, tablet, go-pro or any combination of these – in HD video.

Here is the list of finalists, in alphabetical order by title, for the 2019 Very Short Shorts Mobile Film Competition, with one honourable mention.

The Overall winner will receive TT12,000, courtesy Bmobile, and the Youth winner TT 5, 000, courtesy FilmTT. Opening Night patrons will have the opportunity to view the 25 selected films in the competition, and commence voting for the People’s Choice Award. Voting continues throughout the festival and culminates on Closing Night, November 9, with the reveal of the winner at LofTT Gallery. The winner will be awarded TT3,000, courtesy SWMCOL.

Over 40 submissions were received and judged by a jury of filmmakers, film enthusiasts and environmental sector experts. “We were pleased to discover that in just one year the quality of films received has already improved significantly”, says Carver Bacchus, Green Screen festival founder and director. “One of the reasons for the improvement could be the growth and interest in mobile filmmaking. And we’re happy to play our part in developing and promoting this sector in T&T”, he added. In fact, Green Screen parent NGO, Sustain T&T, recently hosted a two-day Mobile Frame workshop led by filmmaker Juliet McCawley back in August, which focused on the fundamentals of mobile filmmaking.