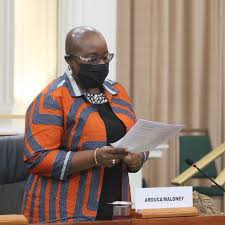 Trinidad and Tobago is assured extensive work; research and consultation were done with respect to local government reform.

The commitment was given by Leader of Government Business in the House of Representatives, Camille Robinson Regis, on Monday.

It was done during debate on the motion adopt the report of the Joint Select Committee on the Miscellaneous Provisions Local Government Reform Bill, 2020.

MP Robinson Regis said the necessary ground work was done regarding to this development and defended how the process was handled.

During the debate on the bill, MP For Oropouche East, Dr Rodal Moonilal, suggested a formula be developed where a benchmark figure be realised though scientific data where regional corporations are allocated certain percentage of  money.

The bill was voted upon in the parliament this afternoon with twenty members voting for, twelve members abstained, and no member voting against the bill.