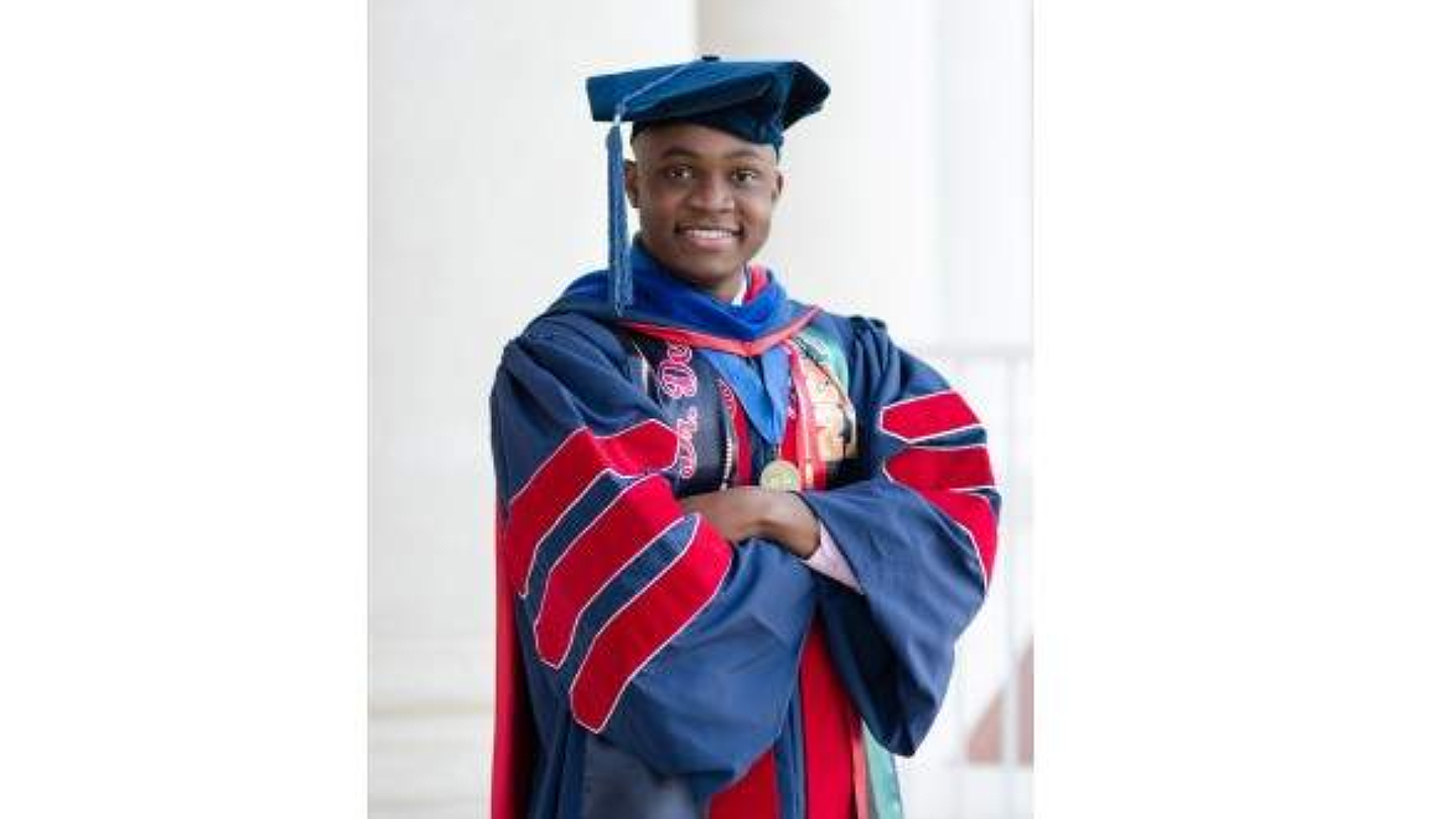 Gay Man Thanks Jamaica for its Homophobia

The criminalization of homosexuality in Jamaica dates back to the 1864 Offences Against the Person Act, which calls for a punishment of up to 10 years of imprisonment with hard labour for those convicted of the “abominable crime of buggery.” However, one openly gay ex-officer has triumphed beyond the harsh discrimination and is now a holder of a Ph.D.

Deniel Christian, 29, a previous constable with the Jamaica Constabulary Force (who was moved multiple times during his three years in service because of his sexuality), said that he is thankful for the “poor treatment” that pushed him to seek asylum in Pennsylvania, United States.

Christian identifies as a gay man, graduated a week ago from Liberty University in Lynchburg, Virginia, with a doctorate in criminal justice, says, “I faced a lot of issues in the JCF. I was transferred a couple of times. I first started at Mobile Reserve, but I voluntarily went to Mounted Troop, and then from there I was selected to go to the National Intelligence Bureau (formerly Special Branch). I was there for a while but then I was transferred from there back to Mobile Reserve. But I came under a lot of pressure at Mobile Reserve, and so I knew of someone who was working at the commissioner’s office and they had me transferred to the CCN (Constabulary Communication Network now Corporate Communications Unit)…” Christian told the Jamaica Observer in an interview on Thursday.

In 2013, the JCF moved Christian to the Traffic Division for anger management, and he was “forced” to see a social worker at the police academy, which was “unnecessary” and was the last strain that sent him over the edge.

This forced Christian to decided that the environment was toxic and detrimental to his well-being, saying, “I recalled being called ‘dutty gyal Angella’ while I was in training at Mobile Reserve, and it got so bad that a higher ranking member of the force who was overseas at the time had to pull me from training. I was constantly referred to as a ‘fish’ by colleagues. It was always, ‘See the fish deh a come’ or ‘Watch da fish deh’. I was constantly called derogatory terms and always called out of my name.

“I was treated very poorly by supervisors and managers in the force and by colleagues because of my perceived sexual orientation. When I got to the Traffic Division I was just tired of it all — being back in that hostile environment. So, at that point, I just decided that I needed to leave,” Christian said. 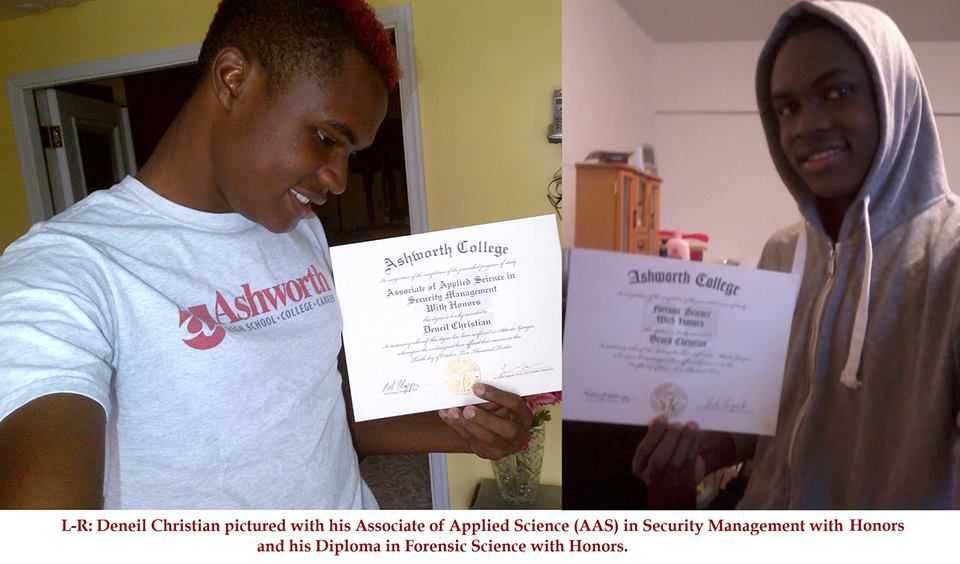 As to his journey towards his Ph.D., Christian said that while in the U.S., he stayed with strangers after overstaying his visitor’s visa. He then applied for asylum and was granted it, after which, he acquired his work visa permit and began working briefly in the police department of the University of Scranton as a civilian.

He said he then decided that he wanted to return to service as a police officer and applied to the New Orleans Police Department in Louisiana. He was successful and worked there briefly before returning to Pennsylvania, where he worked in juvenile justice.

This was all done while he was pursuing his Bachelor of Science in Criminal Justice, which was funded out of pocket and through federal loans. Then, after the completion of his degree, Christian said he applied for an MBA in General management.

“So after I got my MBA I decided that I was going to do my doctorate. It was always a dream to do my doctorate, but then I decided to go back for a second master’s before that. I earned that degree in criminal justice. It was after this that I was satisfied that I could go after my doctorate. In the fall of 2018 I enrolled at Liberty University, where I completed my PhD in Criminal Justice,” he shared, saying that he is the first individual to finish a doctorate in quite a while School of Government at the college.

“So, I’m wrapping up my third year as a high school teacher. In August I’ll be moving to the US Virgin Islands where I’ll take up a position as an assistant professor of criminal justice at the University of the Virgin Islands,” he told the Sunday Observer.

“I always had the desire to achieve my doctorate, but now that it is a reality is just crazy. It’s a great feeling. It comes with increased respect; so many people have reached out to me. It’s just awesome. I’m the first person in my family to earn a PhD. I’m absolutely happy I left. I don’t know if I would have achieved as much as I have had I still been in Jamaica or the JCF,” said Christian. 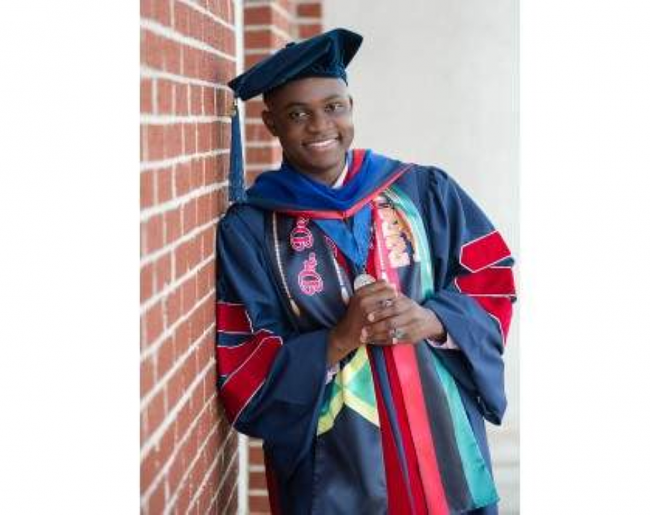 Now with his Doctorate Status, Christian is empowering other people who, he said, might be going through what he professed to have gone through at the JCF to not become a victim of their circumstances.

“Try not to allow your conditions to decide how far you’ll go or what you can achieve, on the grounds that your fantasies, regardless of whether they are fairly postponed, can be accomplished. Remember the ultimate objective and consistently pursue it,” he said.

“Don’t let your circumstances determine how far you’ll go or what you can accomplish, because your dreams, even if they are somewhat delayed, can be achieved. Keep the end goal in mind and always work towards it,” he said.

Jamaica has failed to develop a legal system that is responsive to and inclusive of the rights of LGBT persons by repealing laws that violate their rights, amending laws to equally protect LGBT persons, and creating legislation to address the various challenges they continue to experience.

With additions from the Jamaican Observer

National parliament may be only way to solve THA tie 0