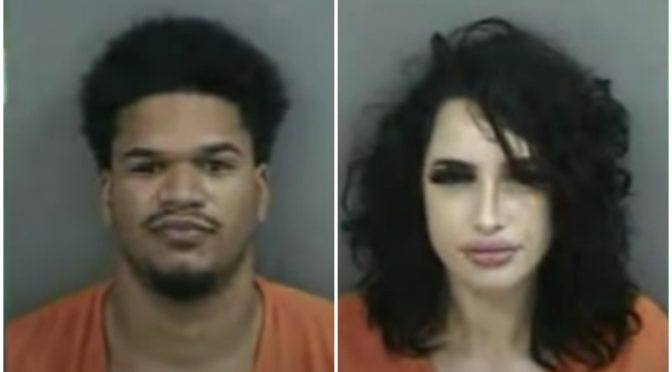 Florida couple arrested after having sex inside a police vehicle

A couple from Florida were caught having sex in the back of a trooper’s vehicle after being pulled over on the highway.

Yordan Noa and Summer Watkins were pulled over on Interstate 75 over the weekend.

Authorities reported that Noa was driving with a suspended license and registration.

The couple was then placed in the back of a patrol car and troopers continued to say they were planning to drop the couple off at a nearby gas station so they could find a way home.

However, the troopers found Watkins performing oral sex on Noa – Noa was recording the act on his cellphone.
Additionally, troopers found codeine and marijuana in Noa’s vehicle.
The couple bonded themselves out and they are expected to appear in court next month.
*Cover Story* 11748 Crime 3191 International 1783 News 11298