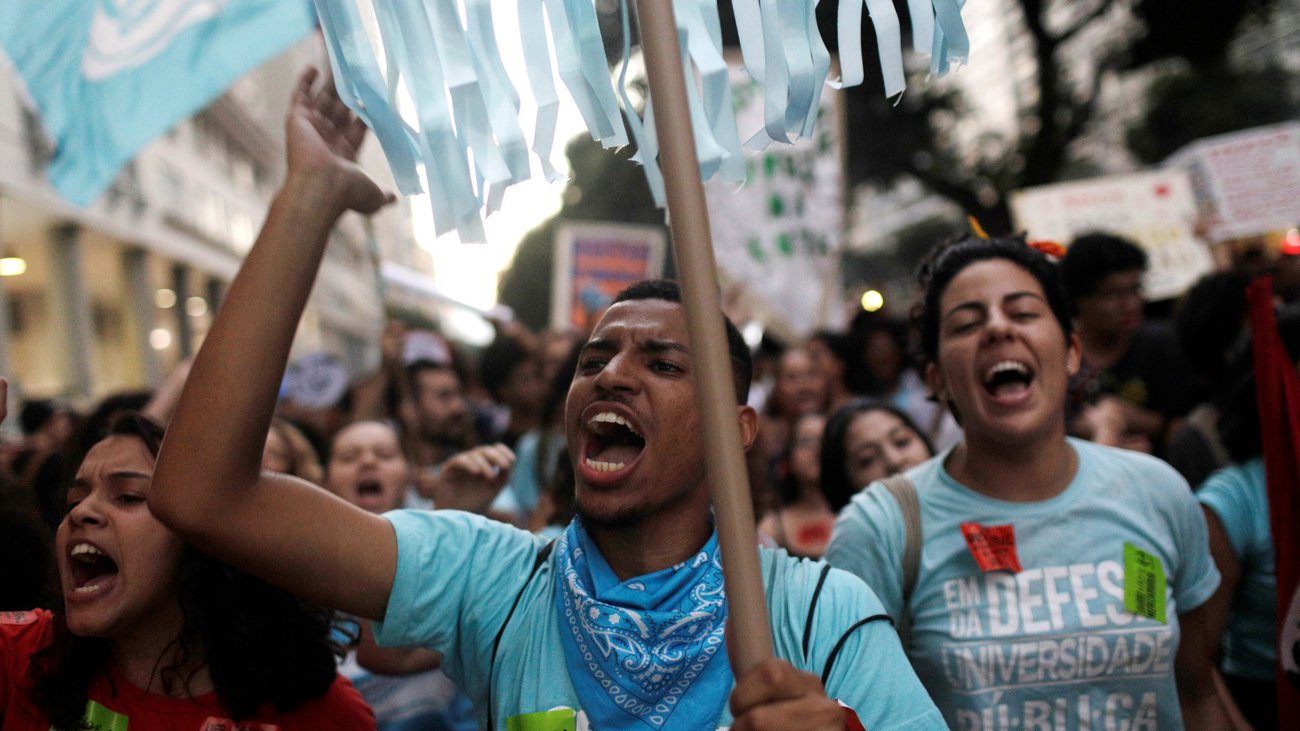 Hundreds protested against the vaccine for COVID-19 developed in China and the mandatory immunization, this November 1st, on Avenida Paulista, in Sao Paulo.

On the agenda, attacks on Governor Joao Doria (PSDB) and Mayor Bruno Covas, support for the President of the United States, Donald Trump, repudiation of the Coronavac vaccine, which will be produced at the Butantan Institute, in Sao Paulo, complaints about the need to wear a mask and, of course, conspiracy theories.

Like the one that says that the coronavirus was created in a laboratory by China and that country’s vaccine would have microchips that would be inoculated so that all the inhabitants of the world could be tracked and controlled using 5G antennas. This theory states that this would be a plan of the global intelligentsia along with pedophile billionaires, Knights Templar and the Illuminati.

Considering that a Datafolha survey found, in October, that 17% of residents in Sao Paulo, 16% in Rio de Janeiro, 15% in Belo Horizonte and 20% in Recife do not intend to be immunized when the vaccine for covid-19 comes out, agglomeration in Paulista represents a portion of the population, albeit a minority. And that can grow.

Any of the vaccines being developed against the disease around the world will not be 100% effective. Natália Pasternak, PhD in microbiology and director of the Instituto Questao de Ciencia, explained to the column that, given this, “if you do not have a mass membership of the population, the number of people protected in the end may not be enough to stop the virus from stopping to circulate “.

And, if that happens, the credibility of the vaccination system in Brazil will be reduced with the population, which can lead to the growth of other diseases. WHO (World Health Organization) chief scientist Soumya Swaminathan said the organization could approve a vaccine with a minimum efficiency of 50%. “[Queremos uma com] at least 70% effective, but in the worst case 50% effective could still be useful “. The engagement of the population, therefore, is fundamental to the success of collective immunization.

The number of those who are suspicious of the vaccine has increased due to the level of misinformation, especially rumours and false news that run on social networks and messaging applications. The confusion with the vaccine produced by Russia, which initially did not release data on its tests, and the side effects of tests with the Oxford vaccine in the United Kingdom, also helped to generate a feeling of distrust.

At the same time, the behaviour of the federal government helped to poison the environment. President Jair Bolsonaro (without a party) turned the vaccine into a topic of political dispute with the governor of Sao Paulo, using it to keep mobilized a portion of the more radical ‘bolsonarismo’ root and, in addition, helping Donald Trump’s election campaign by polarizing with the China.

Bolsonaro has said that “nobody can force anyone to get a vaccine”, creating the false understanding that homes will be invaded for immunization – no matter how much this hasn’t happened here for over a century.

Today, the obligation is due to loss of access to benefits – Bolsa Família is suspended, for example, for those who do not vaccinate their children but there was never physical coercion, since the population, when informed in a transparent and direct way about the importance of vaccines, voluntarily comes to health centers.

In addition, any vaccine will have to be screened by Anvisa, the body that guarantees the efficacy and safety of medicines, before being released. The Bolsonaro government, which criticizes Coronavac, has bought doses of the Oxford vaccine yet to be certified. In other words, it is not with the people that he is concerned.

However, even if these hundreds of people are representatives of an exalted minority within the minority that does not want to be vaccinated, they are a sign that governments (those responsible, at least), civil society and the press should invest more in campaigns to inform and answer questions from the population about covid-19 vaccines.

Pablo Ortellado, professor of Public Policy at the University of Sao Paulo and coordinator of the Monitor of Political Debate in the Digital Environment, who followed the demonstration this Sunday, said that the average age of the participants is higher than that of previous protests. And the profile is of historical supporters of the president, without the lavajatista hunk.

In other words, it is a group that is closed with Bolsonaro but there are other citizens who, in the face of quality information, are able to discern and choose the vaccine, regardless of their country of origin, provided it is certified by Anvisa, by doctors and scientists, in the name of their good and the collective good.

The Bolsonaro government has promised to give us 50 years back. If the legacy of the pandemic is the growth of anti-science paranoia, it will ensure that we go back a century.

Lee: Party has to move forward and prepare for next general election 0