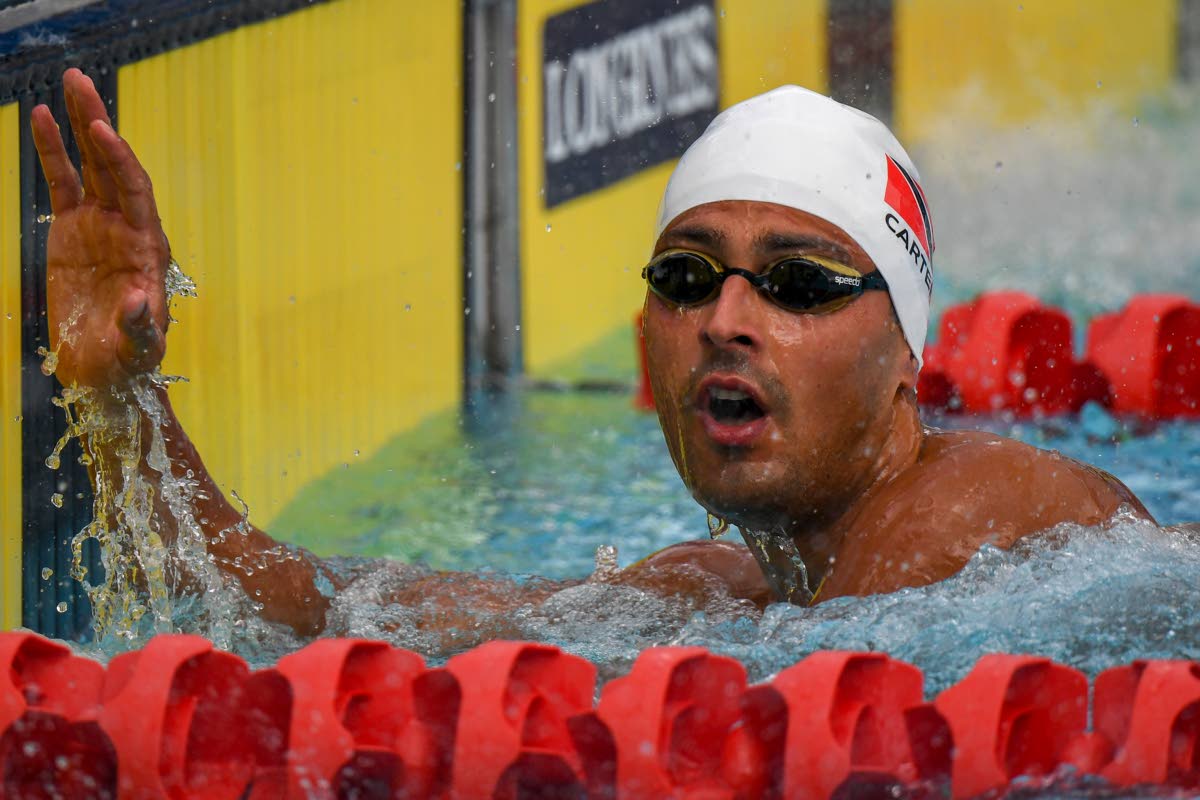 TT swimmer Dylan Carter had a good attempt in the pool on Sunday morning, however, he failed to qualify for the semifinals of the men’s 100-metre backstroke at the 2020 Tokyo Olympic Games.

The heat was won by Kacper Stokowski of Poland, who clocked in 53.99.
Second place went to Francisco Rogerio Santos of Portugal, in 54.35 and Jan Cejka of Czech Republic grabbed third spot in 54.69.

Out of the 41 swimmers, Carter finished 32 overall after six heats.
However, only the top 16 advance.

Carter will now focus on the the men’s 100m freestyle event which begin on Tuesday at 6:13am (TT time).