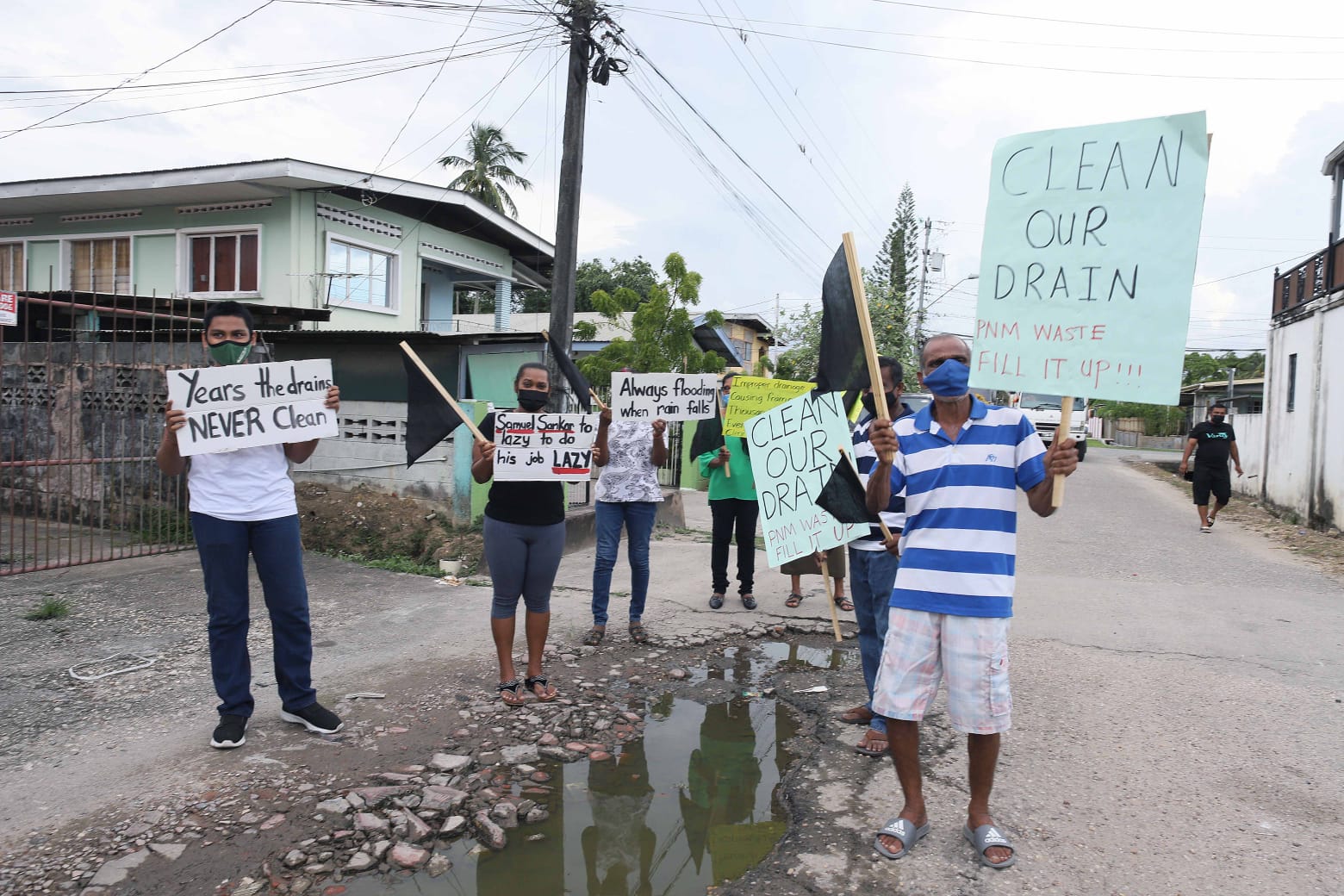 Clogged drains which overflow anytime it rains into the homes of residents of Frederick Settlement in Caroni prompted a noisy placard demonstration calling for urgent action from the authorities.

At the protest Member of Parliament for Chaguanas West, Dinesh Rambally, was given a guided tour by the frustrated residents of Kay Street who said the problems have been plaguing the area for many years.

Sanjay Singh of Kay Street showed Mr Rambally the preventative measures he has been forced to take to protect his washing machine, refrigerator and other furniture and appliances which are now all mounted on concrete bricks.

He showed pointed to the drain adjacent to his home, mere inches away from his bedroom, which is connected to a bigger watercourse at the back.

MP Rambally assured the Kay Street residents that he will communicate their concerns to the Ministry of Works and Transport so that remedial work can be undertaken to provide some relief for his suffering constituents.

In 2018 when floods ravaged east and central Trinidad, the Caroni district was one of the most hard-hit with homes underwater for days and cut off from the rest of the population.

The residents individually suffered tens of thousands of dollars in damages then and told the MP on Tuesday that they are fed up with the recurring upheaval of their lives when it rains.