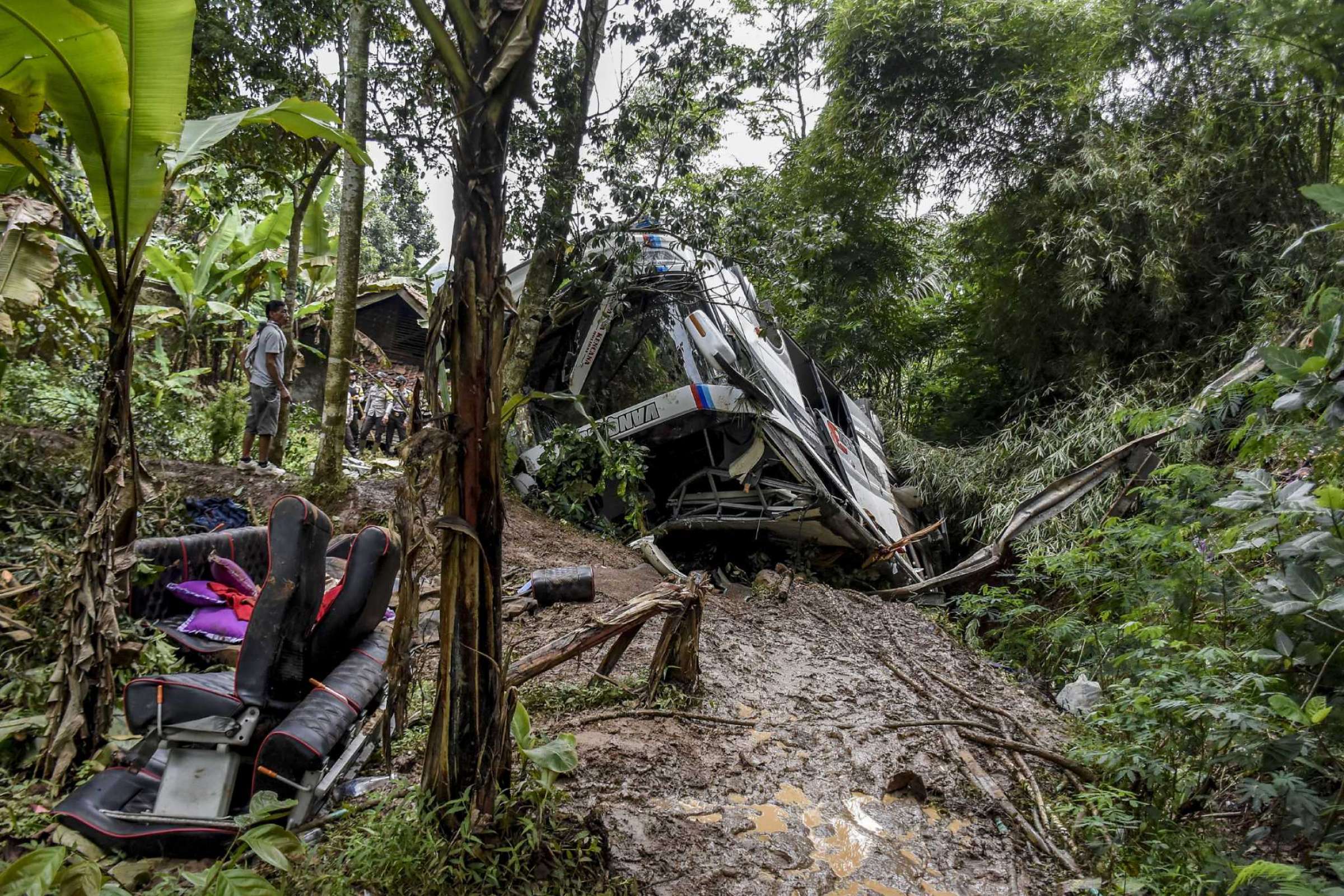 Rescuers worked through the night using cranes to pluck injured survivors from the wreckage after the fatal crash late Wednesday in West Java’s Sumedang district.

The bus carrying 66 passengers was traveling on a winding, poorly lit road when it plunged down the 20-meter (65 foot) ravine, authorities said.
The driver and teenage passengers were among the dead, while 39 survived the accident.

“The fatalities are a mix of children and adults,” Bandung rescue agency official Mamang Fatmono told AFP. Authorities said they were probing the accident’s cause. The bus was returning to the town of Subang from a religious pilgrimage site in West Java.

Traffic accidents are common in the Southeast Asian archipelago, where vehicles are often old and poorly maintained and road rules regularly flouted.

In December 2019, 35 people were killed when a passenger bus fell into an 80-metre-deep ravine and crashed into a fast-flowing river on Sumatra island.

In early 2018, 27 people were killed after a packed tourist bus plunged from a hill in West Java’s hilly area.

Loading...
Newer Post
Trade Unions were consistently left out of major decisions with NTAC
Older Post
Webster-Roy calls for end to gender based violence and zero tolerance for family violence