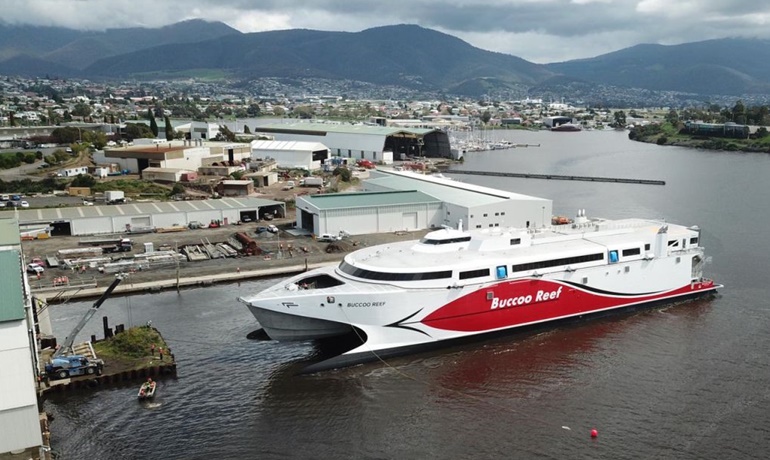 Buccoo Reef officially handed over to gov’t, due by month’s end

Just as the country prepares to receive the brand new fast ferry the APT James later this week, the NIDCO has revealed that second ferry, the Buccoo Reef, has officially been handed over to the Government.

According to a release from NIDCO, Government took possession of the 100-metre long, high-speed catamaran at 7.30 pm on Tuesday.

Because of restrictions due to the pandemic, the vessel was received by representatives acting on behalf of Nidco at ship builder Incat’s shipyard in Hobart, Tazmania. The vessel boasts a capacity for 995 passengers, 250 vehicles and has a top speed of 37 knots.

It is now being prepped for the journey to Trinidad and arrival is expected sometime later this month.