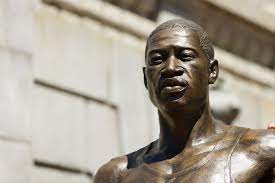 New Jersey is keeping George Floyd’s name alive in a major way. A 700lb statue was placed in front of Newark’s city hall.

The bronze statue was unveiled Wednesday, and according to city officials, it will stay there for at least a year in recognition go the national impact his killing has made.

The statue of Floyd has him sitting on a bench. It was created by artist Stanley Watts and commissioned by actor and filmmaker Leon Pinkney as a donation to the city, PEOPLE reported. 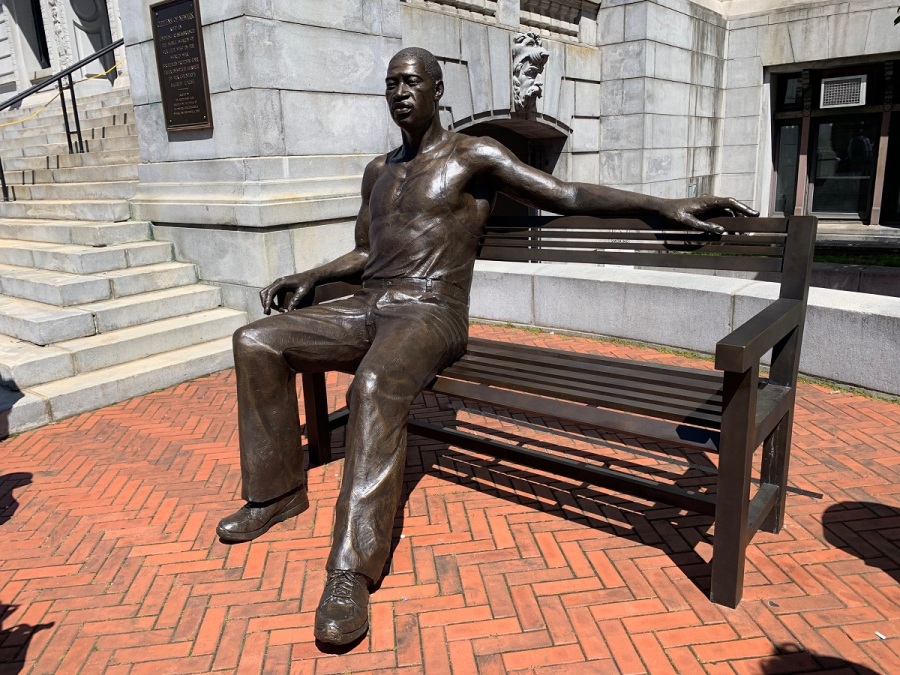 Pinkney hopes the sculpture will honor the Minnesota man’s humanity and makes others remember why his death sparked an outcry for change.

“The world needed a peaceful George,” Watts said during the ceremony. “The world needed him relaxed and chilling on a bench and that’s what we produced and we produced him larger than life because, after death, George will be remembered. That’s what memorials are. To remember and never forget why we changed today and tomorrow and for the rest of our existence on this planet.”

Newark Mayor Ras J. Baraka was in attendance for the unveiling to show how grateful he was that the actor/filmmaker chose Newark as the home for the statue.

“George Floyd represents a lot more than himself at this juncture in history. Hopefully when people walk by it and they see it … hopefully it inspires them to become active in the struggles that are happening right here in Newark and right here in New Jersey.”

Four arrested in Oropune – stolen items recovered by the TTPS 0