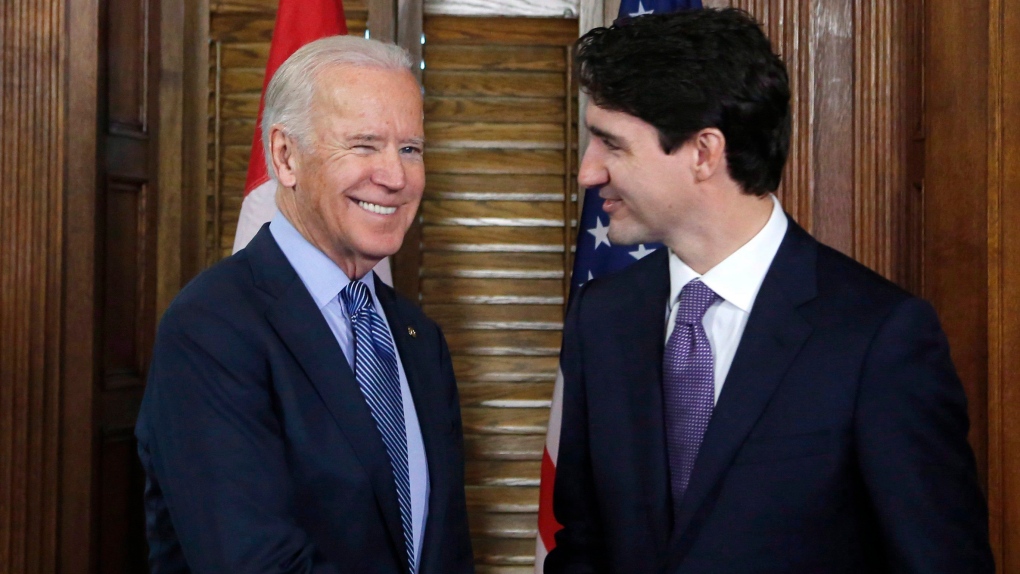 U.S. President Joe Biden will officially hold his first bilateral meeting with a foreign leader since assuming the presidency when he hosts Canadian Prime Minister Justin Trudeau for a virtual summit today.

Speaking on Saturday, White House Press Secretary Jen Psaki, said the meeting would be “an opportunity for the two leaders to review joint efforts in areas of mutual interest such as the COVID-19 response, climate change and the economic ties.” The one-on-one meeting will also be complemented by lower-level meetings between cabinet officials on both sides.

While Canada has been traditionally one of Washington’s most reliable allies, the relationship took a hit during the Trump presidency. A Pew Research Center poll taken during the summer found that only 35 percent of Canadians held a favourable view of the United States, down from two-thirds support in Barack Obama’s final year in office.

On a political level, Biden caused headaches for Trudeau on day one of his term, cancelling the Keystone XL pipeline—which would link the Alberta tar sands to U.S. refineries—on environmental grounds, a move that “disappointed” Trudeau.

The executive order to revoke a presidential permit that would have seen the expansion of the pipeline dealt a particularly hard blow to Alberta and Saskatchewan, which were counting on the US$8-billion project to help their energy sectors.

The move to scrap the expansion hits hardest for Alberta, which had invested$1.5 billion into the project last year and was expected to rake in $30 billion in revenue from the Keystone XL over the course of the next 20 years.

“A close friend and ally doesn’t just rip up approval like that and cause a multi-billion-dollar loss without at least offering compensation and without our own national government responding in a meaningful way,” he said during a previous interview with Global News.

Trudeau has expressed his “disappointment” with Biden’s decision to cancel the project and vowed to “stand up” for Albertans, but Kenney said more needs to be done and has urged Trudeau to take further action.

“If we don’t see those actions, if we don’t see the same seriousness about this issue that we did on aluminum and steel tariffs and other sectors attacked by American protectionism, then that will only compel us to go further in our fight for a fair deal in the federation,” he said in January.

The dispute has raised concerns over the fate of the Line 5 pipeline, which carries roughly 87 million litres of oil and natural gas liquids between Sarnia, Ont., and parts of Michigan each day, and accounts for at least 3,000 jobs in Sarnia.

Speaking to Biden today, PM Trudeau will likely attempt to mitigate further damage to the Canadian economy as he seeks exemptions to Biden’s recently announced Buy American initiative to encourage federal agencies to purchase goods made in the United States.

Sanitation Worker Granted Leave For Judicial Review Against The THA Over Promotion And Compensation. 0