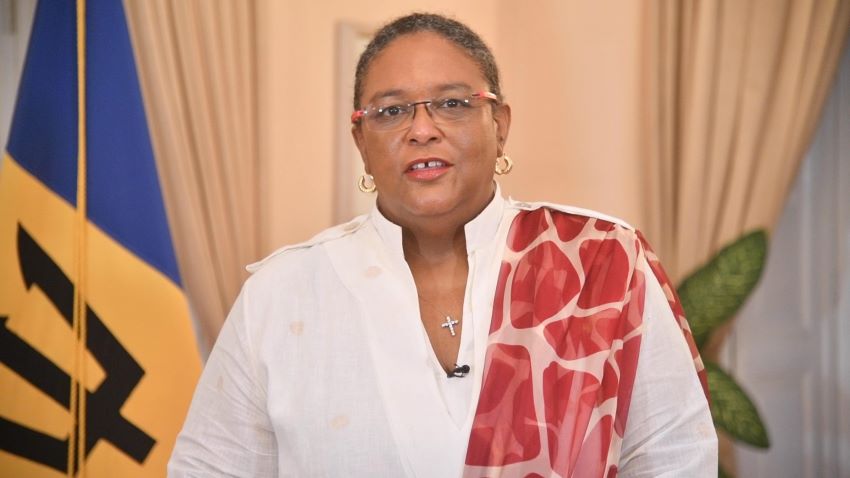 Barbadian Prime Minister Mia Amor Mottley has advised all non-essential workers to stay at home and indoors, in light of the heavy ashfall affecting the country, since the La Soufriere volcano in St Vincent erupted.

In an emergency press conference last evening, Mottley said for a country which has no history of volcanoes, Barbados has been hit from the east and west by the ash which has covered roof tops and diminished visibility.

She said only essential workers will report for duty on Monday and advised of a reduction in public transport and discussions with the private sector and the trade unions to initiate a partial lock-down as they battle this uncharted territory.

Director of the UWI Seismic Research Centre, Dr Erouscilla Joseph noted, “The worst-case scenario is that this could go on for weeks” and that the centre would continue to observe and monitor the situation.

Mottley said she wanted the Barbados people to understand the period of uncertainty they were experiencing and urged them to listen to official communication and not the fake news being spewed on social media.

She also warned against washing off the ash as water would make it dense and cause serious flooding if it got into drains and guttering.

She instead advised that people place the ash in strong garbage bags for disposal. A location for ash disposal has not yet been finalised.

Keithroy Halliday, general manager of the Barbados Water Authority (BWA) assured the nation that they need not fear about their water supply being compromised because the system was properly secured and sealed.