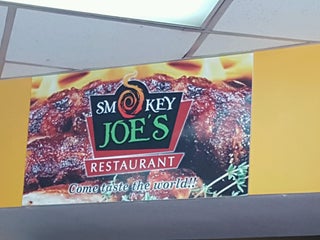 Bandit reportedly shot at during robbery attempt at Smokey Joe’s

Unconfirmed reports suggest a bandit walked was shot at during at attempted robbery at fast food outlet, Smokey Joe’s on Frederick. Port-of-Spain.

According to reports the bandit walked into the restaurant and announced a hold-up just after 1:30 today (Tuesday 23rd).

However the owner of the establishment reportedly pulled out his firearm and shot at the bandit; who later fled the scene.

Reports further state that the bandit was caught minutes later by police officers, after he was found seeking medical attention at the Port-of-Spain General Hospital.

More in this as the story develops.

Man arrested after attempting to propose to Kylie Jenner 0