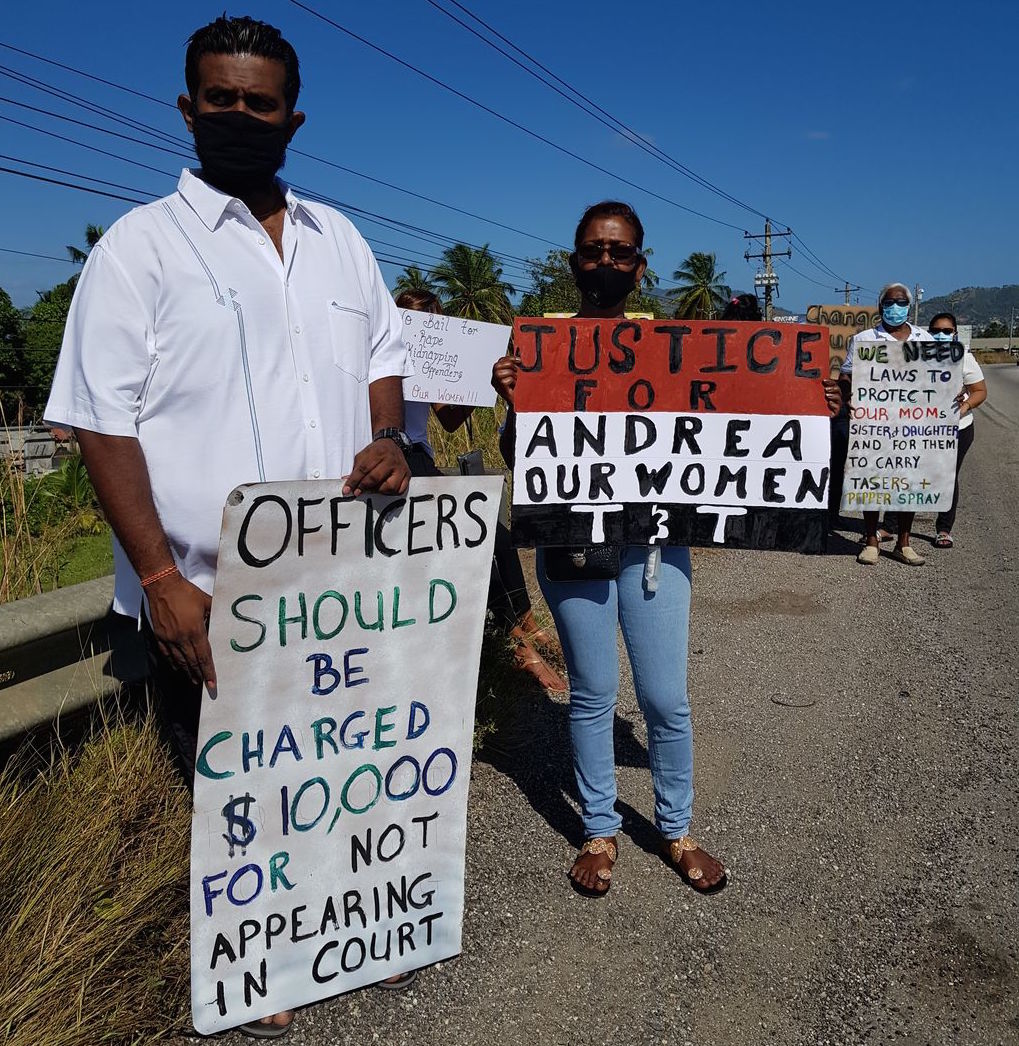 Residents of Bamboo Village #1 are calling on politicians to put aside their differences in order to pass the Bail Amendment Bill.

The residents issued the plea on Sunday, as they staged a silent protest, while standing on the shoulder of the Northbound and Southbound lanes of the Sir Solomon Hochoy Highway.

The group said it will continue their demonstrations for the next seven Sundays.

Armed with placards and lead by Ganeshdath Khoon Khoon, they residents said they were joining with the rest of the country in sharing their disgust at the state of affairs in T&T.

Khoon Khoon, speaking with GML, said “We are standing in support of families who lost their family members and missing family members and this is just our way to ask the politicians to come together at this time to make the right changes and help protect our women and girls in the country.”

He said politicians need to put aside their differences to pass the Bail Amendment Bill.

According to Khoon Khoon “We are the ones who put the politicians there, so we are the ones to tell the politicians we want change now. We are not going to stop here because the Trinidadian mentality is to stop after seven days. With the current outcry and how bad things are getting, it takes more than seven days to make change.”