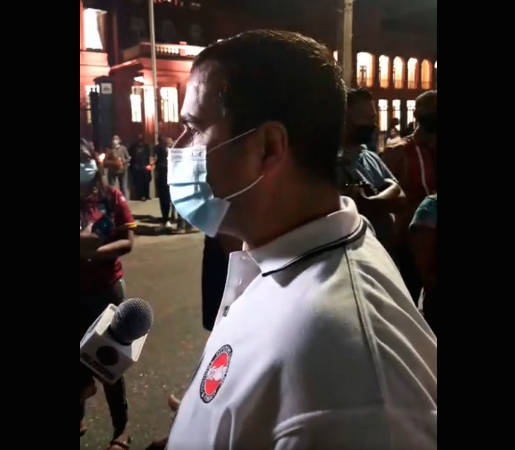 No more of our women should be snatched, raped and murdered.

That’s the cry of Phillip Edward Alexander, as he spoke to the media while a large crowd of citizens attended a candlelight vigil opposite the Red House last night, to show their respects to Andrea Bharatt and the many women who have died gruesomely in this country.

Alexander said Trinidadians are taking the death of Bharatt personally as “she epitomises innocence and to know that was snatched so cruelly is affecting everybody.”
He slammed government for their inaction, saying parliament should have been in session 24 hours a day since, to come up with a solution and not play political games.

Alexander said government will have to answer.

Carenage man tries to get loan with fake job letter 0