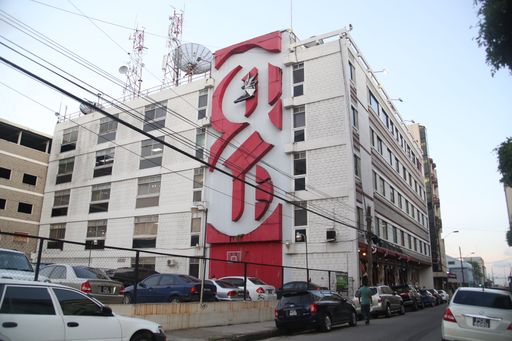 The United National Congress (UNC) has slammed the Guardian newspaper for a front-page editorial it ran on Sunday 7 February.

According to the party’s PRO Kirk Meighoo, the newspaper obscenely politicised Andrea Bharath’s name to market and sell the PNM’s flawed Bail Bill.

Instead, he said, they should look at their own shameless and disgusting role in carrying the country to where it is.

Meighoo wrote “By their muddled thinking and their unwillingness to clearly call out the Government’s spectacular failure in national security, Guardian Media Limited actively keep the country stuck on the same fruitless path, harming and destroying the lives of hundreds of citizens.

He said “This should come as no surprise, as Guardian Media seems to operate as a pro-PNM tabloid instead of reporting actual news in a balanced manner.

The party said that “Judges and magistrates are capable and intelligent professionals, they do not go about granting bail in an ad hoc and irresponsible manner. They are a necessary check and balance to prevent abuse of citizens’ constitutional rights by the authorities. The editors at Guardian Media would have you believe that somehow they have more legal acumen than members of the judiciary when it comes to granting bail.”

“Many attorneys and even the Law Association of Trinidad and Tobago have come out against these bills. The Guardian editors are totally unqualified to pronounce on legislation.”

Meighoo continued: “The Anti-Gang and Bail laws have been in place for several years (only expired recently). They have failed dismally. Indeed, with these laws in place – under the failed, incompetent kleptocracy of Keith Rowley, Faris Al-Rawi and Stuart Young – murders continued to rise, along with serious crimes.”

“Instead of supporting this backward, repressive, PNM policy, the Guardian should be fighting along with us to create a justice system that will convict or release a suspect within 120 days!

“It is shameless what Guardian Media Limited is doing. Instead of calling out the disastrous, self-centred Minister of National Security, Stuart Young, the Attorney General Faris Al-Rawi (with his spectacular failure to win a single case in the courts on behalf of the Government), Guardian editors operate as marketers and PR agents for Al Rawi and the PNM, not caring about taking away citizens’ rights while not doing a single thing to actually fight crime. The Guardian is obscenely using a young girls’ name and public anger to push their pro-PNM agenda and flawed legislation.

“Irving Ward, Rosemarie Sant and the rest of Guardian Media and its editors should assess their own roles in the current mess, and fix themselves first. These editors should desist from cowardly hiding behind their newspaper’s name, and sign their own names to the obscene editorials they write. One would otherwise swear the Attorney General is writing their editorials.”

The Guardian needs to abandon its apparent partnership with Rowley, Al-Rawi and Young, and instead embrace an agenda for the people of Trinidad and Tobago.