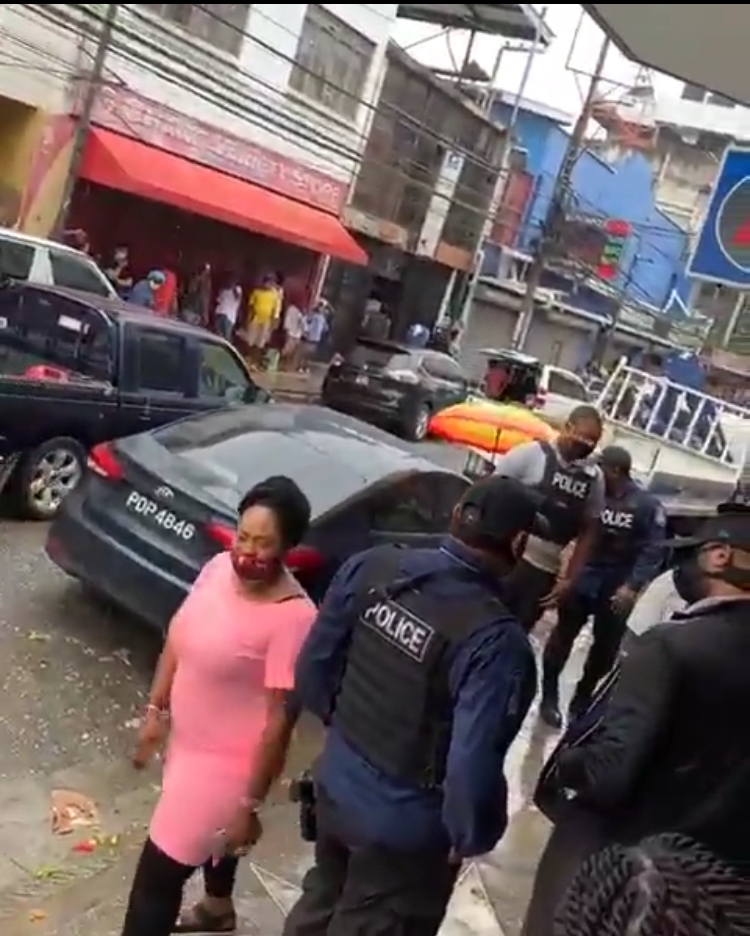 Owner of Arlene’s Mall, Collins Mohammed on Charlotte Street, China Town was detained by police officers for allegedly leaving the mall open for store owners to still ply their trade.

Video began circulating on social media highlighting the struggle between Ms. Arlene Collins Mohammed and members of the TTPS – there is no confirmation on whether or not she was later released.