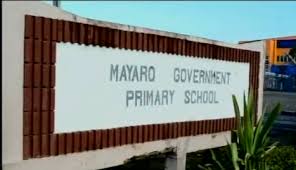 The National Primary Schools Principals’ Association (NAPSPA) in a release this afternoon said that Paul was placed on suspension for four years and sixteen days, based on an incident at the Mayaro Government Primary School.

“On 1st February 2017, there was an incident involving two students on the school’s playfield, that resulted in one student sustaining an injury to his arm.”

This incident was highlighted and subsequently Paul was placed on suspension from duty on 31st March 2017.

The release further states that, based on the judgement made by Madame Justice Jaqueline Wilson QC, Mr. Andy Paul was vindicated from any misconduct defined in the Regulations.”

”This judgement in favor of Mr. Andy Paul, is not only a victory for him, but also a victory for all principals in Trinidad and Tobago and it has created history.”

NAPSPA says it stands in support of Mr. Andy Paul.