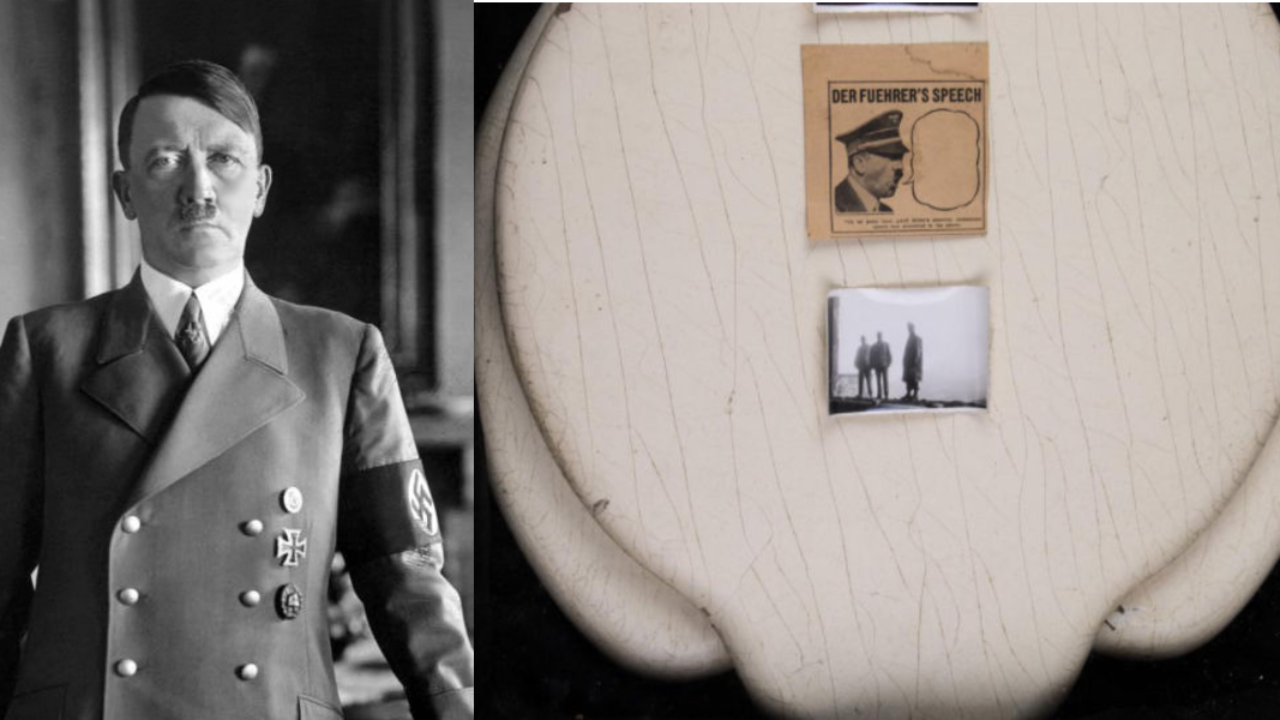 One of the Second World War’s most bizarre relics – Adolf Hitler’s toilet seat, will be available for sale on Liveauctioneers.com starting at 10 AM Eastern Standard Time on February 8th. The bidding will begin at $5,000, but the company says it could go for as much as $15,000 and who knows, maybe even a lot more.

So ask yourself what would it be like to be able to literally sit on Hitler’s throne? What better place for such an item than in the toilet? This is as close as one could get to pooing on the man himself.

The two-piece wooden toilet seat with lid was taken from Hitler’s personal private bathroom by American Military Policeman Ragnvald Borch. The bathroom was located at Hitler’s fancy shmancy mountaintop hideaway retreat, the Berghof in Berchtesgaden, Bavaria. You might have seen the capture of the site by American paratroopers from the 101st airborne regiment depicted in the HBO series “Band of Brothers.” 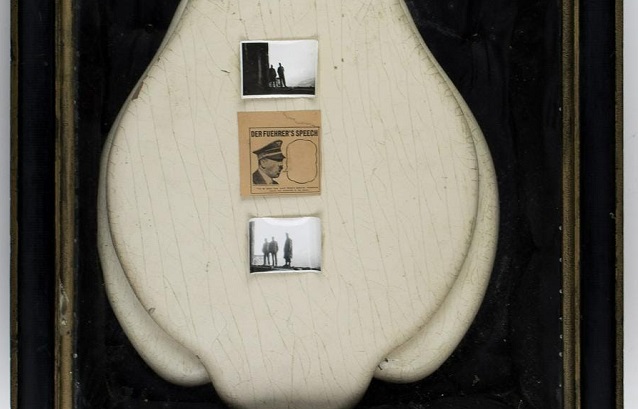 The seat measures 19 inches front to back and 16 inches in width. It has two chromed steel fittings joining the two pieces. These fittings have long threaded shafts which passed through the porcelain bowl, and the wing nuts that secured them were replaced once the seat was removed. The seat is set in an old, rather battered period shadow box and comes with two snapshots of Borch with his immediate superior officer at the ‘Eagles Nest’ at Berchtesgaden, as well as a satirical anti-Hitler newspaper clipping.

Also included in the lot up for auction is another original photograph of Borch and the same officer sometime later outside Martin Bormann’s bombed home, a copy of Borch’s service record, and a 2001 New Jersey news article on the history of the toilet seat.

For more than 85 years now the seat remained untouched in the basement of the family’s home. M.P. Ragnvald C. Borch was fluent in both German and French and was one of the first Americans on the scene. According to a detailed letter of provenance signed by Borch’s son, when the M.P. arrived on the scene he was told “Get what you want.”

Another M.P. who saw him with the toilet seat asked Borch, “What are you doing with that toilet seat?” Borch replied, “Where do you think Hitler put his ass?” Well you don’t necessarily need to put yours on it too. You could frame it. Or maybe even use it as a dart board.