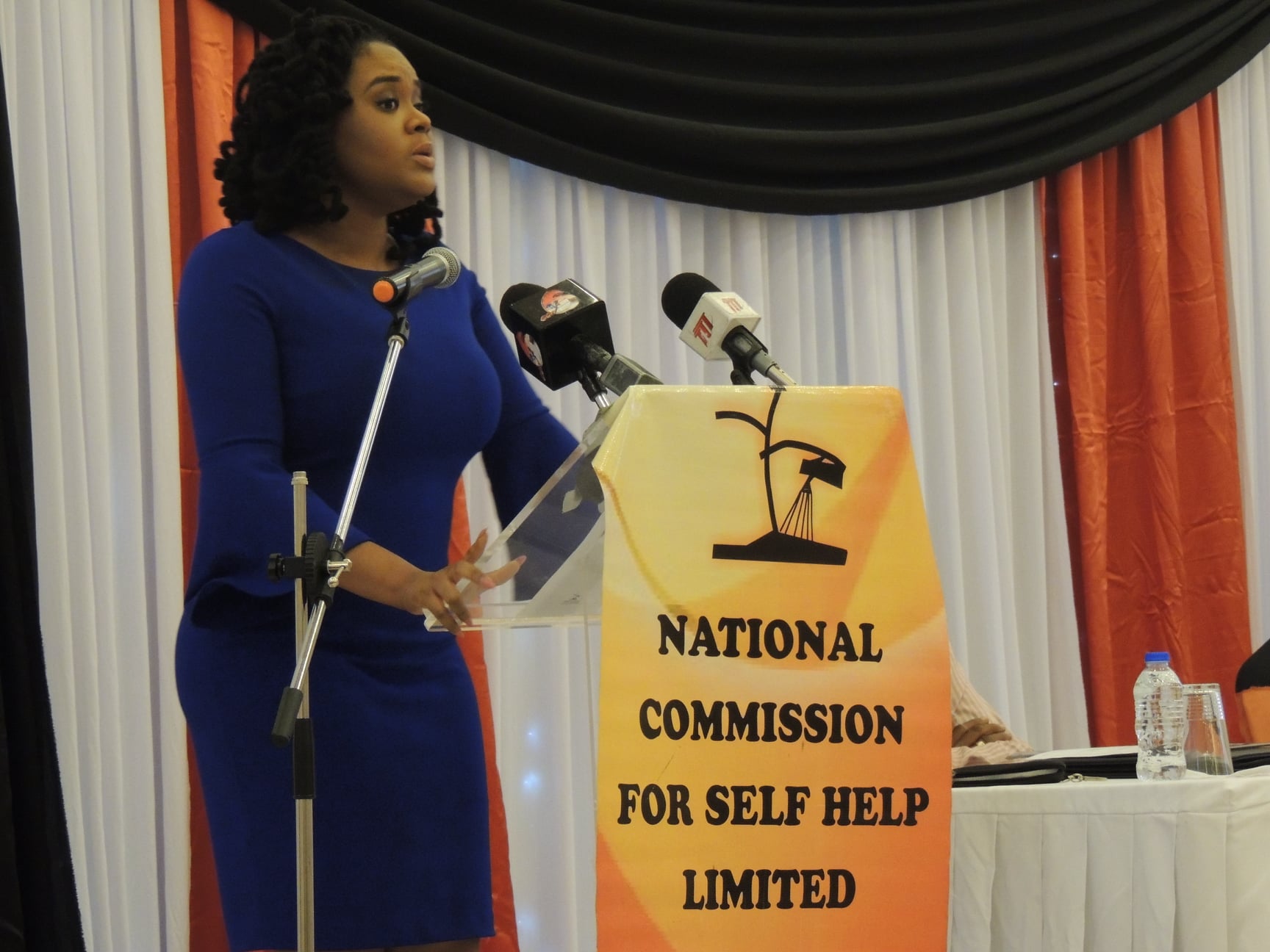 The National Commission for Self Help held it’s first official grant distribution ceremony for the year 2021 on Friday, 6th August at the Signature Hall Business Centre in Chaguanas.

The grants, according to a release, were provided to thirty (30) recipients, who were unfortunate victims of natural disasters such as storms like Elsa and other disturbing weather patterns over the recent months.

Each recipient received an Emergency Repair Reconstruction Assistance Grant (ERRAG) valued up to $25,000 each, which brought the total value distributed today to an estimated $750,000.

The ceremony saw ten (10) recipients from North and South Trinidad attending the ceremonial portion of our distribution while the remaining recipients received their grants at different intervals later in the afternoon, at the venue.

The Commission’s Line Minister, Minister of Sport and Community Development, Shamfa Cudjoe attended the ceremony to deliver the feature address.

Minister Cudjoe commended the Commission for getting on site assessments done efficiently and shared that although “things were lost, life was not lost” during the natural disasters, and that the opportunity to rebuild was available to all.

Minister Cudjoe took the opportunity to remind recipients of just how fortunate they were to be receiving grants during challenging economic times but that it was a priority to ensure that they were given the assistance they needed.

The Honourable Minister also encouraged citizens to “vaccinate to operate” not only to safeguard themselves but also so that work carried out by Project Officers at the Commission and other fields of work can continue with a sense of safety.

Chief Executive Officer Elroy Julien and Chairman Anthony Campbell delivered the Opening Remarks and Remarks, reinforcing the Commission’s commitment to assisting those impacted by natural disasters to the best of the ability of the Commission.