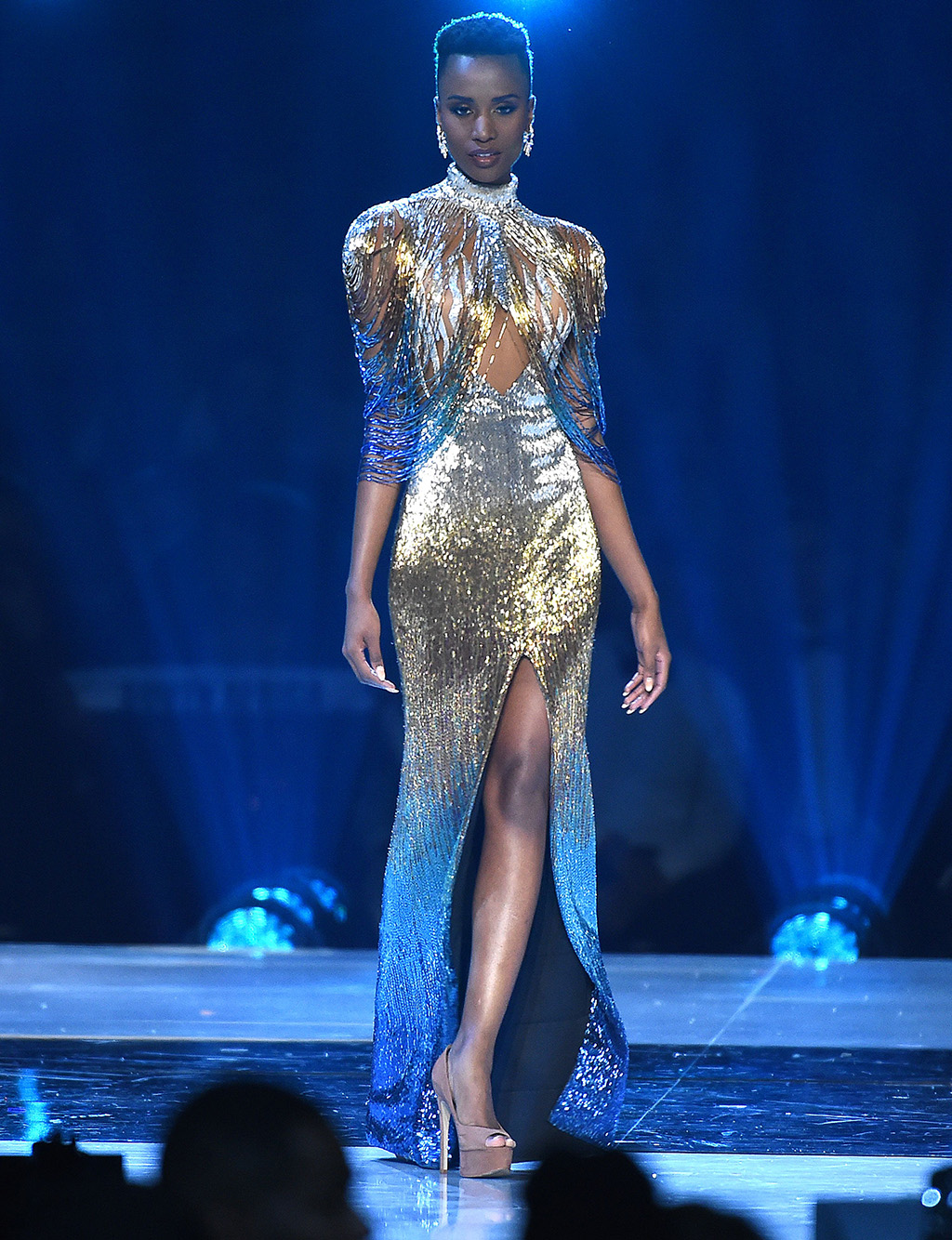 What You Should Know About SA Miss Universe 2019

It was a moment nothing short of amazing and historical when South Africa’s very own Miss South Africa , Zozibini Tunzi was crowned Miss Universe at the Tyler Perry Studios in Atlanta last night.

Looking absolutely breathtaking in a gold and blue Biji Gibbs gown which is said to have been inspired by the African soil and the Eastern Cape’s coastline at sunrise, the 26-year-old wept as Catriona Gray, Miss Philippines Universe 2018 placed the crown on her head.

Set to move to New York and start her reign as Miss Universe, here are seven things you may not know about her.

1. She comes from an academic family

Zozi’s mother is a school principal at Bangweni Junior Secondary School in a village in the Eastern Cape called Bolotwa. Her father works at the Department of Higher Education and Training in Pretoria. Zozi herself is known for her passion for education. On being crowned Miss SA, she once said: “I stand for the education of the South African youth, for equality and representation. As a Miss South Africa, I cannot wait to make a contribution to those important social causes.”

2. Her Miss Universe prizes make her an immediate millionaire

As Miss Universe, some of her benefits include a year-long salary thought to be worth more than $100 000 (around R1,475 million), a luxury apartment in New York City, a modelling portfolio by some of the best fashion photographers as well as free dental services, skincare consultations and the services of professional nutritionists. Her Miss Universe crown also comes with personal styling by the official Miss Universe Organization fashion stylist.

3. She is not new to the pageant world

Miss SA and Miss Universe are not the only pageants which Tunzi has won. In 2015, she was crowned Miss Mamelodi Sundowns. She also entered Miss SA twice, making it to the semi-finals in 2017 before she won the pageant in 2019.

4. Her favourite food is umngqusho

Born in Tsolo in the Eastern Cape , Zozi is a proud Xhosa woman who enjoys umngqusho (a meal made from samp mealies and sugar beans) with beef stew.

5. She is a bookworm

Tunzi enjoys a good book, and one of her recent reads is The Secret by Rhonda Bryne, which speaks about the law of attraction and how thoughts have the power to change a person’s life.

6. She is the third woman from South Africa to win Miss Universe

The beauty queen describes herself as a pretty good singer even though she doesn’t sing publicly. While she’s a strong black woman who is driven, unstoppable and knows what she wants, she suffers from acrophobia (the fear of heights) and typophobia (the fear of holes).