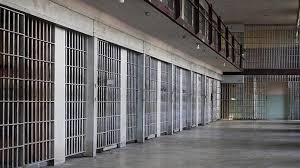 The Trinidad and Tobago Prison Service advises that sixty- eight additional prisoners housed at the Maximum Security Prison have tested positive for COVID-19.

According to a statement issued by the T&T Prison Service this morning, “following the return of eighteen positive Covid-19 cases at the Maximum Security Prison on November 06, 2020, arrangements were made with the Ministry of Health to have all contacts, as well as persons in the surrounding housing areas tested.”

The release also states that on Thursday November 12, 2020, a team of medical experts conducted an extensive testing exercise at the Maximum Security Prison, which saw two hundred and twenty-two inmates as well as some members of staff tested.

Parallel to the testing, the Prison Service said “logistics were being considered and drafted with an anticipation of at least one quarter of the sample size returning positive results. Several matters placed on the board included provisional housing areas, prisoner risk assessment, transport/ transfers and staff management.”

Commissioner of Prsions (Ag.), Mr. Dennis Pulchan has stated that the situation is an unsettling one, but all avenues are being explored, with a view to protect the rest of the population. Another factor of grave concern is the safety and well-being of staff members, who are also affected.

The Trinidad and Tobago Prison Service, despite the challenges faced during this time, will continue to function in the most resourceful and effective manner possible, while maintaining the balance between health and security.