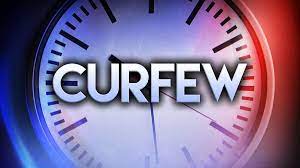 5 Arrested for Breach of Curfew in Southern Division

Five men are due to appear at the San Fernando Magistrates’ Court tomorrow after they were arrested and charged today. The men were detained during an anti-crime exercise, which was conducted in Southern Division between of 8 pm on Saturday 11th September and 1am today.

During the exercise several drug blocks were targeted in Moruga and St Mary’s and five men were detained.

RYAN GRAZETTE, 39, of School Trace, Claxton Bay and SAMORA GREADES, 44, of Upper Rich Plain Road, Diego Martin, were both arrested and charged with breach of curfew.