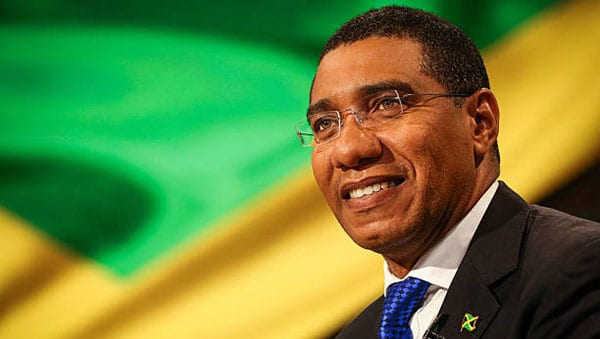 The Integrity Commission has released the statutory declaration submitted by Prime Minister Andrew Holness showing that he and his family had an income of J$15.5 million (One Jamaica dollar=US$0.008 cents) with assets totaling over J$161.2 million.

The figures also show that he has liabilities of more than J$22.2 million.

“The Integrity Commission hereby certifies that the statutory declaration submitted by the declarant has been examined and is satisfied that a full declaration has been made in accordance with the provision of the Act,” according to the official statement.

It said that the Holness family also declared US$8,125 in income, US$28,272.11 in total assets and zero liability in the US dollar.

The report covers the financial health of Andrew Holness and his family for January 1, 2018, to December 31, 2018.

Under the law, the Integrity Commission is mandated to annually publish in the Jamaica Gazette the summary of the statutory declarations of the prime minister and the leader of the Opposition.

Opposition Leader Dr. Peter Phillips’ declaration has since been published by the Commission and in a statement earlier this week, Phillips threatened to take the Integrity Commission to court for failing to provide an explanation for the delay in publishing Prime Minister Holness’ statutory declarations.

In a Twitter message coinciding with the release of his statutory declaration he wrote that under his administration Jamaica now “has one of the most advanced and robust anti-corruption frameworks certainly in this region”.

He said his administration had passed the legislation establishing the Integrity Commission and “it is still in its early stages and not perfected.

Holness said that one element of the framework is the publishing of the summary financial position of the Parliamentary leaders of the country, saying “the first publishing acts as the benchmark against which future declarations can be judged.

He said “though this would be ideal, it would not always be practical or possible given the current resources available to the Commission.

“Furthermore, Parliamentarians do not submit their declarations to the Commission at the same time within the period 1st January to 31st March of the year following the reporting period,” he added.